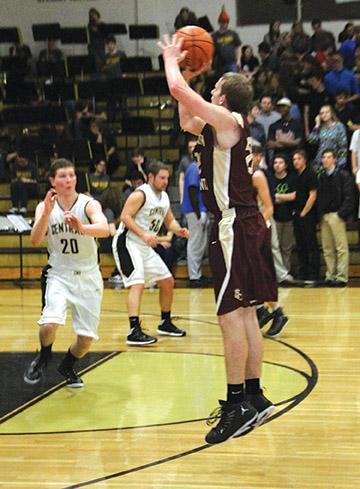 Cannon County head coach Matt Rigsby will be the first to say that Friday's 59-37 win over the Tigers at Central Magnet wasn't pretty.

But he'll take a district road win anyway he can get it.

"We talk about winning the first three minutes," Rigsby said. "We didn't do it."

"He's played pretty soundly all year," Rigsby said. "He can knock down a shot."

Ruehlen scored 21 points to lead three Lions in double figures as Jacob Nave and Austin Martin scored 10 each.
Defensively, Cannon County only gave up 14 points in the first half. But the Tigers shot 50 percent from the field in the third, outscoring the Lions 18-11.

"This is the first game so far out of the first seven that we have not won the first quarter," Rigsby said.

"We had many breakdowns and allowed them to many penetration lanes. Several times (Austin Martin) was there, four of five blocks maybe, able to be there and clean it up."

But seven turnovers from the Tigers in the fourth resulted in 17 points for the Lions, extending their largest lead to 25 points.

"That's a huge stat, especially for us," Rigsby said of the seven turnovers.

Point guard Josh Ruehlen led the Lions with 14 points, followed by Marshall McReynolds and Jacob Nave with nine points each.

Up Next: Cannon County travels to Macon County on Tuesday for their second district 8-AA game.