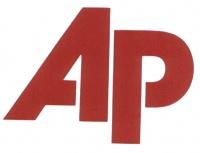 Cannon County basketball players claimed to have one of the state's best Class AA teams even before the season started.

Sportswriters across the state who vote in the Associated Press Top 10 basketball polls seem to agree.

Cannon County (16-2) is ranked No. 3 in the first Associated Press Class AA statewide poll of the high school basketball season. Undefeated Elizabethton (14-0) is ranked No. 1 and picked up 12 of the possible 14 first-place votes, and McMinn Central (15-1) is No. 2. The Lionettes handed McMinn Central its only loss during the Mitch Wilson State Farm Classic in November.

Cannon County is 8-0 against Class AAA teams this season.

"We know we have a good team but it is nice to know people who vote on this believe we deserve to be ranked among the state's best," said Union signee Emily Sissom, Cannon County's leading scorer. "The ranking is nice and we will be excited to prove we deserve that ranking."

The lofty ranking is high reward for a program that has made tremendous strides under the direction of sixth-year Head Coach Michael Dodgen.

"It is a good ranking for the program," Dodgen said. "Our kids work hard and do everything we ask them to do day-in, day-out. For them there is some gratification that goes with being ranked among the state's best. It's only a number and it puts a bulls-eye on your back, but it is nice to be recognized."

"You ask anybody in the state that has basketball knowledge and they will tell you our district year-in, year-out, is the best in the state," Dodgen said. "Our district may not win the state every year but competitively, top to bottom, it is the best. We beat up on each other all year and then again in the tournament."

The Lionettes, who were ranked as high as fifth last season, are 16-2 and have won 11 straight heading into Friday's game at rival DeKalb County. Cannon County still has four regular-season games against Livingston Academy and Upperman.

*(EDITOR'S NOTE: An updated ruling from the TSSAA indicates teams must count the results of their Hall of Champion Games, thus Cannon County's official record is 16-2 with both losses by one point on buzzer-beaters.)

The Associated Press' Top 10 Class AA poll as selected by Tennessee AP-member sportswriters and broadcasters. First-place votes in parentheses, records through Jan. 10, and total points based on 10 points for a first-place vote through one point for a 10th-place vote: