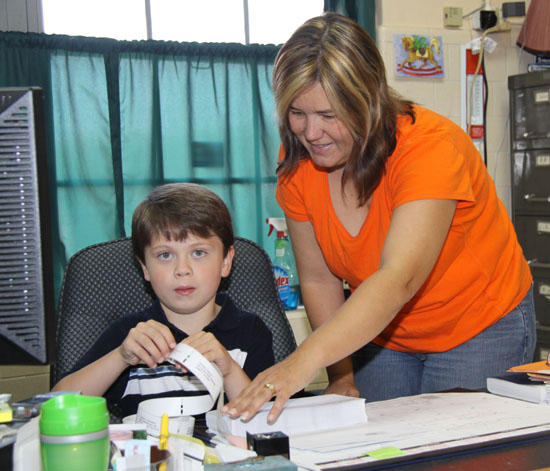 Joshua is the son of Matt and Nancy Studd of Woodbury. He is homeschooled and is currently studying the Tennessee Blue Book, which contains information about the makeup and history of state government.

"It's the rule book for the state," Joshua said when asked about the Blue Book.

"Joshua has been studying about elections as part of the Government Class in school and this (helping at the election office) is part of his training," Administrator of Elections Stan Dobson said.