Larimer To Be 'Roasted' April 21 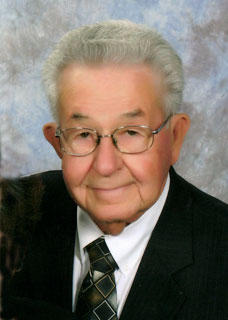 J. H. “Hal” Larimer, retired funeral director and well known business man, has been chosen to be the subject of the roast this year.

The roast will be held at Cannon County High School cafeteria beginning at 7 o’clock.

All the proceeds from the roast will go toward construction of a $2 million addition to the library.

After a delicious meal is served, four of Hal’s “friends” will proceed to tell the audience some of their experiences with him or something in which he has been involved that many will hear for the first time.

The emcee for the evening will be Doug Combs, owner of radio station WBRY.

The public is invited to attend this event and may do so by making reservations prior to April 18 by calling Charlie Harrell, president of the Friends of the Library group at 563-5480 or calling the library at 563-5861. The tickets are $25 each with the entire amount going to the building fund of the library. Additional contributions in honor of Hal may be made to the building fund at this time.

The Friends of Adams Memorial Library is a group of volunteers who work year-round to help the professional staff at the library provide services not financed in the city and county budgets.