Jakes a model of consistency 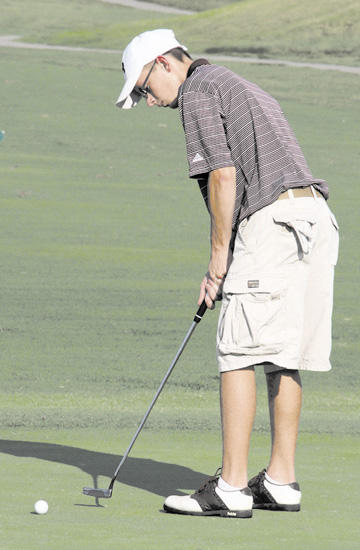 Briar Jakes turned in a 46.

Briar Jakes continued his consistent season on the links, turning in a 46 to share team-low honors with Josh Ruehlen at Willow Brook Thursday (Sept. 5).

Jakes and Ruehlen each fired a 46 in the nine-hole competition against Coffee Co. and Franklin Co.

Unfortunately, for the Lions the scores dropped drastically after Jakes and Ruehlen as the Lions carded a team-total 189 and finished third. The Red Raiders won the event with a team-total 155, followed by Franklin Co. with a 163.

Jacob Nave turned in one of his better performances of the fall with a 48 and William Parker totaled a 49.

“We have had different players perform well on different days,” CCHS golf coach Ronny Burks said. “All of the players have had positive moments during the season but we can’t seem to get players to be consistent in their scoring at the top of the lineup.”

The Lions will participate in the District 8-A/AA Tournament Friday.