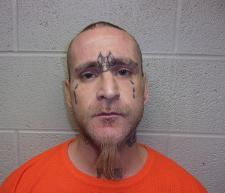 An inmate at the Cannon County Jail is facing new charges following an alleged incident there on Jan. 26.

According to a complaint citation, Christy broke a door closer hinge off the door inside the cell he was housed in.

Christy has a court appearance set for Tuesday (Feb. 5).