Inside The United Way

SARAH FRYAR, Special to the Courier 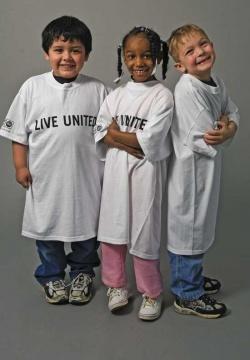 Nobody knows that better than the United Way of Rutherford and Cannon Counties as it wraps up its 2011-2012 allocations panel hearings.

During this process, which began in February, more than 80 volunteers make up five panels that determine the funding for each of United Way’s partner agencies.

The panels are allocating dollars to 44 programs, with some agencies having more than one program or initiative.

Each of the five panels holds six to eight agencies that are then assigned two panel volunteers, who visit their respective agencies twice a year for operations updates and serve as advocates for the agencies.

“We basically act as a conduit of support for that agency,” Project Help panel representative Jennifer Durand said.

Panel volunteers are members of the community and range from retired individuals to local leaders and even an MTSU student. United Way president and CEO Brian Hercules said he feels the panels are made of a great array of people.

“It’s such a neat process to watch work because, with the 80 different volunteers that are involved, they bring such diversity and background … While they are advocates for their own individual agency, they are also advocates for the total foundation piece for the United Way,” he said.

Hearings span an average of five days, during which each agency is invited in and given an allotted 30 minutes to present their programs.

Agency representatives take three to five minutes to introduce the program and its objectives before they are made open to the panel to ask questions regarding effectiveness, outcome measures, budgetary items and new services.

“It is so important for the community to see how grueling of a process this is for (the panels) to sit and listen to everyone and pick apart these gigantic applications in order to make sure the community money is going to the best places,” Kids on the Block program director Melanie Scott said.

United Way employees also sit in on the hearings, but are not directly involved with the decision-making process. Rather, they make themselves available as resources to the panels.

“We are here, Stephanie Patton as our community impact director and myself as president and CEO, to answer questions for the panels but we make no funding decisions,” Hercules said. “If they have questions about their budget, through the application process, we provide that for them. Any questions the panel would have as they deliberate, we would go through that.”

When the funding decision is made, it is sent as the panel’s recommendation to the community impact committee that comes in and reviews all of the requests.

At this time the committee will make any changes if needed.

The requests will then be forwarded to the board of directors, who are also volunteers, next month for finalization.

“On June 9 at 2 p.m. we will have a press conference (at the offices) where we will announce the numbers. The public is welcome to come to the press conference as well as media,” Hercules added.