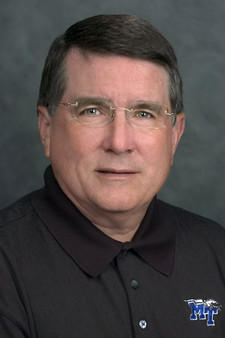 "It is a tremendous honor and one that left me speechless when I found out," Insell said. "An award like this only comes my way because of the great support and leadership I had at Shelbyville. The administration there allowed me to do many things, including travel and go first-class, that many high schools do not get to experience.

"Also, the players through the years made this possible. I coached many tremendous players over the years and owe my success to them. To be recognized by the Hall of Fame five years removed from my last game at that level was surprising."

Insell is the fourth girls basketball coach to win the award, which was first presented in 2007. Previous girls' basketball recipients include Leta Andrews of Granbury HS in Texas (2007), Jim Smiddy of Bradley Central HS in Cleveland, Tenn. (2008) and Dorothy Gaters of Marshall HS in Chicago (2009).

The award is named after Morgan Wootten, only coach who exclusively coached at the high school level enshrined into the Hall of Fame. Its purpose is to honor those who have had tremendous influence on the game and to provide a national stage to recognize them.

Two awards are presented annually, one for girls basketball and one for boys basketball. A coach may be either active or retired, must be a college graduate, coach of a four-year high school that adheres to national, state or league standards and have a minimum of 25 years of head coaching experience.

A 17-member selection committee, including Wootten, decides the annual recipient.

Insell completed his 28-year tenure at Shelbyville Central with a 775-148 (.840) record, including 10 state championships and two USA Today national championships (1989, 1991). His Golden Eaglette teams won 110 consecutive games, a state record and seventh in the national record books. His 775 career victories rank him 19th in the nation and fifth in the state in the all-time high school annals.

Overall, Shelbyville Central won 23 district championships, 16 regional titles and appeared in the Class 3A state championship game 15 times. He developed six Tennessee Class 3A Miss Basketball award recipients, 15 high school All-Americans and 57 of his players either received athletic or academic scholarships to continue their careers at the collegiate level.