If It Please You So, To Bell Buckle You Go

JONATHAN HERRMAN, Special to the Courier 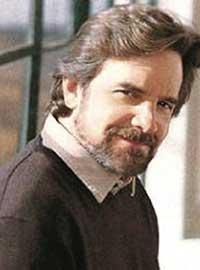 Performers from Middle Tennessee, including some students from Webb School, will perform Shakespeare’s “The Two Gentlemen of Verona.” The festivals performance will be unique however, as it is set in Tennessee in the 1960s.

“I actually think I was looking at a map of Tennessee, realized that there was a town actually called Verona in the state, and the idea for the country and western setting hit me,” director Lane Davies said. “We had almost too much fun with this concept.”

Davies story will follow two “up-and-coming country and western singers, who make the move to a Milan that bears an odd resemblance to a well-know music capital of the South.

“My costume designer, Jamie Scott, had practically grown up on Printer’s Alley, and knew everything about the era I had in mind,” Davies said. “Matthew Carlton came on board with his vast music knowledge and ingenious sense of parody; company members responded enthusiastically.”

In order to capture the country-western feel, the play will include “Shakespearized” versions of famous country and western songs by artists such as Patsy Cline’s “I Fall to Pieces” and Jerry Lee Lewis’ “Great Balls of Fire.”

“My goal is to create a populist Shakespeare festival for Middle Tennessee, one that reaches out to new audiences for Shakespeare, as well as those people who have already discovered him,” Davies said. “I hope that by creating a local setting and ambiance for the play, audiences will more easily identify with the characters in the play.”

This isn’t the first time Shakespeare has been adapted for the festival. The inaugural performance, “A Midsummer Night’s Dream,” was set in the Deep South in the 1930s.

“The simple fact is, the play is so universal in its themes and its characters are so timeless, that it doesn’t really matter where or when it’s set, as long as the director respects Shakespeare’s intent,” Davies said in reference to his setting for “A Midsummer Night’s Dream.”

The idea to set the festival in Bell Buckle was born out of a conversation between Davies and Webb School headmaster Albert Cauz.

A coalition was assembled, which included the Webb School as venue and infrastructure; the town of Bell Buckle for marketing, logistics, and business support; the Tennessee Repertory Theatre for design, administrative and artistic support; MTSU for educational, grant and material support; and Valhalla Shakespeare, assisting with legal and development issues.

Tickets for the event are $20 for a family of four who brings their own chairs or picnic blanket to $15 per person for “premium seating ($10 in advance). The grounds open at 6 p.m. Twenty percent of tickets sales for the July 4 show will be donated to volunteer fire departments in the area.

For more information, contact 931-389-5715 or visit www.tennesseeshakespearefestival.com. Tickets can be purchased in advance at www.ticketsnashville.com.

Lane Davies was the original “Mason Capwell” on NBC’s Santa Barbara, an international hit which has now played in more than 53 countries worldwide, and recently completed work on the film Steam, and the comedy pilot, Dixie Melodie.

Other credits include starring roles in four prime-time series, Good & Evil, The Mommies, Woops! and The Crew. He appeared regularly as the psychopathic time-traveler “Tempus” on Lois & Clark: The New Adventures of Superman, recurred on 3rd Rock from the Sun as “Chancellor Duncan,” on The Practice as “Kyle Barrett” and most recently on Scrubs as Elliot’s dad, “Dr. Simon Reid.”

Television credits also include seven pilots and some 50 guest-star appearances, including such shows as Seinfeld, Working, The Nanny, Ellen, Jesse, Coach, Major Dad, Clueless, Married With Children, and Just Shoot Me. During 30 years as a stage actor, Lane performed such roles as Hamlet, Macbeth, Petruchio, Henry V, King Lear, Shylock, Richard III, Cyrano de Bergerac, and the King of the 2008 R.C. Cola and Moon Pie Festival, in companies from San Diego to Providence, Rhode Island.

He also founded the Kingsmen Shakespeare Festival in Thousand Oaks, now in its 12th season and was its Co-Artistic Director until 2006. He holds a degree in Speech and Theatre from MTSU, where he studied under Dorothe Tucker, Lane Boutwell and Clay Hawes.