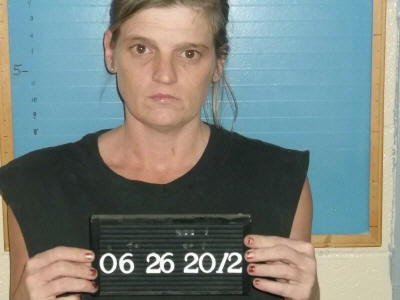 He spoke first with Scott D. Henry. Officer Brock advised Henry of why he was there. He performed a search of Henry and found no items from the store.

A female who had gotten into the back seat of Henry’s car was asked to step out. She was identified as Angela Marie Steiner, who was positioned in the back passenger side of the vehicle. Steiner was wearing a loose fitting pair of shorts and a tank top-type shirt and it was obvious she was not concealing any items.

The other two individuals were Brian Blair and Kimberly Warren.

Henry was asked for permission to search his vehicle. At first he refused but later consented after being advised that the video tape from the store would be viewed and if anything was observed taken, and was later found inside his car, he would be charged in the crime.

Officer Brock and Cannon County Sheriff’s Deputy Brandon Gullett searched the vehicle. In the back seat where Steiner was sitting, three ice cream bars were found on the floorboard, one pair of Wayfarer sunglasses were found on the floorboard, one Engine Masters magazine was found tucked behind the back seat. These items were consistent with what the store clerk stated was taken.

The items taken were valued at $5.97 for the ice cream, $10 for the sunglasses and $5.99 for the magazine. Steiner was taken into custody and charged with shoplifting. She admitted to taking the items out of the store but said she thought her sister, Warren, was going to pay for them.

The other individuals were advised to leave and not return to the property or they would be charged with criminal trespassing.