How Sweep It Is: Lionettes, Lions Whip Warren County 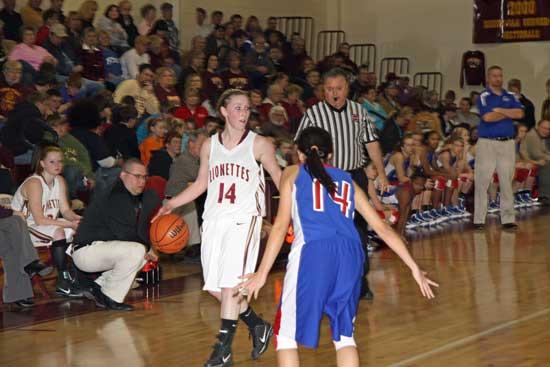 In their first action of the new decade, the Lionettes and Lions both won by double-digit margins at CCHS Tuesday night.

The boys' battle was a little closer at the beginning as the Pioneers grabbed an 11-9 lead at the end of the opening period. The Lions turned up the defensive heat in the second quarter to take a 24-15 advantage at intermission.

Cannon County scored as many points in the third quarter (24) as it did in the entire first half to take a commanding 48-23 lead, and then coasted to a 61-40 triumph. The Lions improved their record to 10-4.