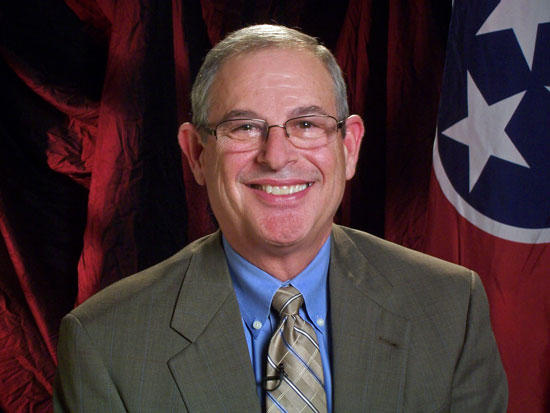 Governor Haslam unveiled an educational DVD that has been distributed to public middle and high schools across the state through an ongoing partnership between the Tennessee District Attorneys General Conference and the Tennessee Department of Education.

The initiative is an extension of the Meth Destroys campaign and follows a successful effort by the DAs earlier this year to pass legislation increasing penalties for producing meth in the presence of a child. The legislature also created a statewide electronic system for tracking the purchase of pseudoephedrine, meth’s main ingredient.

Methamphetamines have ravaged our state for years, and in 2005 the DAs addressed the problem with a campaign that graphically described the drug’s deadly effects. With the recent proliferation of a new meth-making technique, the drug has come back with a vengeance.

“One-pot” meth labs, which are small and mobile, help “smurfers” circumvent previous years’ efforts by law enforcement to curb meth production by limiting the sale of pseudoephedrine. Smurfers go from pharmacy to pharmacy in quick succession to accumulate the drug’s ingredients for meth cooks.

“While meth production continues to evolve, our law enforcement community is changing with the problem,” said Tennessee Gov. Bill Haslam. “Education is key to stopping meth, and by taking this information into each and every school district in Tennessee, our DAs are showing that this state’s dedication to opposing meth and all of its perils will not falter.”

The Meth Destroys DVD features gripping stories of actual Tennesseans whose lives have been devastated by meth. The video contains information about the dangers of meth, the legal consequences of smurfing, and updates about the stiffened penalties and soon-to-be-implemented statewide pseudoephedrine-tracking system.

“The advances in meth-making techniques require that we intensify our fight against the meth problem,” said General Whitesell. “The first step is education, and the district attorneys are making that a priority with the new Meth Destroys DVD. Reaching every school in Tennessee is the best way to inform young people about the meth monster.”

For more information about Meth Destroys or to schedule a presentation for your school or organization, please contact General Bill Whitesell at (615) 898-8008 or wcwhitesell@tndagc.org.

Meth Destroys is a methamphetamine education campaign organized by the Tennessee District Attorneys General Conference. Since 2005, the Meth Destroys campaign has focused on arming Tennesseans with facts and figures about the dangers of meth. These efforts have included brochures, posters, videos, and outreach by the district attorneys in Tennessee’s 95 counties to schools, businesses and community organizations. For more information about Meth Destroys, visit www.MethFreeTN.org.