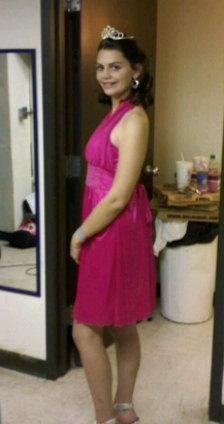 Mary Margaret Harris, daughter of Joseph and Vicki Harris of Woodbury, TN was a finalist for TN Top Model 2009. The event took place at the Drama center in Cookeville.

Four prestigious judges interviewed the contestants. The event was on local television, televised by DTC. The contest was open for girls between the ages of 15-29.

One winner received a year contract with a modeling agency from Nashville, one winner was chosen as TN Top Model, and a Queen extreme (otherwise known as Ms. Congeniality).

Cameras were not allowed because of the live taping.

Mary was the winner of TN Top Model / Ms. Cover Girl Model 2009. She received a crown, Merle Norman gift certificate, and a photo shoot from Kelly Photography located in Murfreesboro.