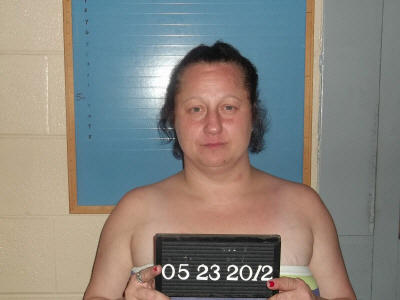 KIMBERLY BESNER
Kimberly Ann Besner, 108 E. High St., Woodbury, was charged with DUI and Violation of the Implied Consent Law on May 23 by Woodbury Patrolman Patrick Fann following an incident on Bryson Court.

Officer Fann was dispatched to the area in reference to a report of someone banging on the door of a residence and yelling. While en route to the location Dispatch advised the people causing the disturbance had gotten into a black station wagon and were about to depart.

Upon arrival Officer Fann observed a black Saturn station wagon backing up attempting to leave. He activated his blue lights and pulled in behind the vehicle.

When Officer Fann arrived at the driver's side of the vehicle he observed two females inside, including Besner, who was the driver. He could smell a strong odor of alcohol coming from inside.

When asked what she was doing in the area at 2 a.m. banging on doors, Besner said an individual had been at her house earlier in the night and had taken the radio out of her car.

Asked by the officer if she had been drinking, Besner said she had a few beers earlier in the evening. Her eyes appeared to be very bloodshot and watery.

At this point Officer Fann asked Besner to exit the vehicle. He could smell a strong odor of alcohol on her breath and observed she appeared unsteady on her feet. She had to lean on her car to keep her balance.

Following a field sobriety test Officer Fann placed Besner under arrest. She refused to consent to a blood alcohol content test. She was taken to the Cannon County Jail and booked under $1,500 bond. Initial court date is July 17.