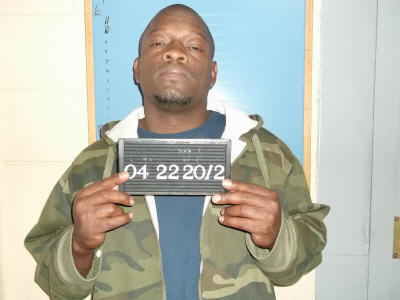 MARIO GREGORY
Cannon County Sheriff’s Deputy Jason McGee was on patrol in the Bradyville area of John Bragg Hwy. on April 22 when he noticed a white Nissan car with expired tags. A check with Cannon County Dispatch confirmed the tags had expired in 2010.

Deputy McGee initiated a traffic stop of the vehicle around the Deer Run Rd. intersection.

A check of the license of the driver, identified as Mario Antone Gregory, 104 Nora Peebles Lane, Smyrna, found it to be revoked for being a habitual offender. Gregory told Deputy McGee he knew he should not be driving.

Gregory was placed under arrest on charges of Driving While License Revoked 6th Offense and Habitual Driving Offender 5th Offense.

When placed in a patrol unit at the scene Gregory kicked the door glass, banged his head on the partition and spit on several areas of the back seat.

While being booked at the Cannon County Jail, Gregory was also issued citations for expired registration and no insurance. He refused to sign the citations and when informed there would be a bond for the citations in addition to the arrest warrants he responded, “Bond these nuts.”

Gregory also refused to sign the paperwork for vehicle seizure. Total bond was set at $15,452. He was appointed the public defender in Cannon County General Sessions Court on April 24. Next court appearance is May 1.