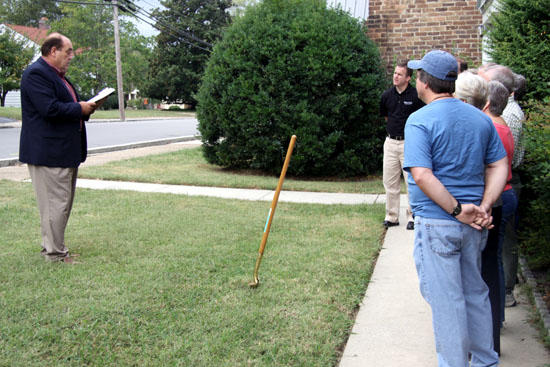 A new entry lobby for the church will be constructed by Dow Smith Contractors.

The original church building on West High Street dates back to 1845. The brick church bulding constructed in 1845 was remodeled between 1929 and 1932.  The belfry was not replaced in this process.  In 1935, the church bell, which had been donated by Dr. J.B. McFerrin, a civil war veteran, was given to the city of Woodbury to be used on the new courthouse clock.  There it was used to strike the time of day as it does today.  In 1952, the church building was remodeled again.

This Saturday, Oct. 2, the church will be holding its Annual Country Ham Breakfast from 6:00 am until 10:00 am.

This is an annual event that takes place the first Saturday of October each year and the proceeds go to both local and foreign missions.

This year offers a unique twist, as the Methodist will be serving from the Fellowship Hall of First Baptist Church. The two churches sit back to back with each other and share parking facilities.

This year the Methodist Church is beginning construction on a new “Welcome Center” which would interfere with the breakfast. However, the Baptists invited the Methodist to use their facility for the event.