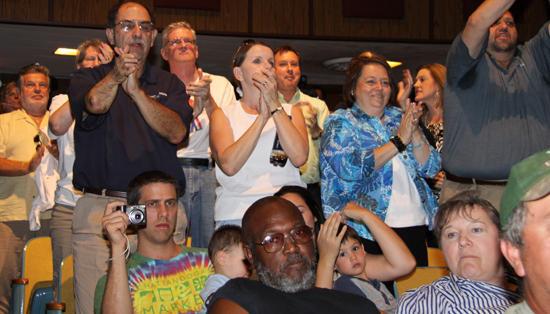 The discussion was mostly split between those entirely opposed to health care reform and those seeking to establish a better system.

Congressman Gordon stressed the importance of reducing the cost of health care and making the system more efficient. He said that a new health care system must reduce the deficit or at least be budget neutral.

More information about Congressman Gordon's positions on health care reform can be found at http://gordon.house.gov/issues/healthcare.shtml.