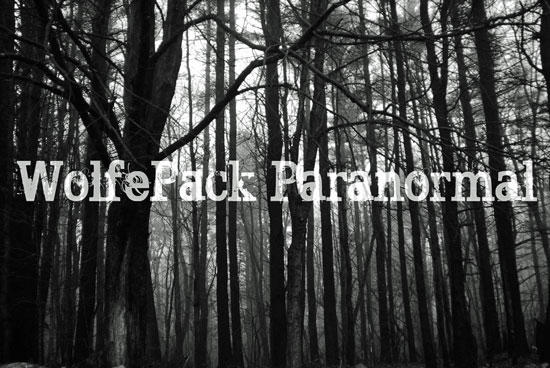 Photo by SARAH CHROSNIAK
Recently, WolfePack Paranormal, a local paranormal investigation team, went ghost-hunting in Murfreesboro's Little Theatre. Rumors of paranormal activity have surrounded the theatre for quite some time, so the WolfePack set out to see what kind of evidence they could collect.

WolfePack Paranormal is a diverse group of paranormal buffs from Middle Tennessee and Kentucky who share a common interest in supernatural phenomena. The group is led by Joe Wolfe, a former Marine with experience in audio/visual equipment, whose interest in the unexplained stems from a number of personal experiences with the world "beyond reality."

Joe is joined by his wife and co-founder Karen Wolfe, who is also the Executive Aide to the Geosciences Department at MTSU.

Other team members include Steve Purcell, an electrical engineer and historical researcher with over 20 years of investigative experience, Barry "Bear" Gaunt, a former President of the Paranormal Investigation Network and all-around paranormal guru whose resume boasts over 35 years of experience in a wide variety of related fields, James Alcorn II, an MTSU Psychology Department grad with a strong mechanical background who brings leadership and energy to the group, Sarah Chrosniak, a parapsychologist, photographer, and journalist who is involved in a number of paranormal groups, Sarah Purcell, a local historical researcher and investigator, Brandy Henderson, an evidence analyst, and lastly, all-around weirdo, yours truly.

The investigative methods used by the WolfePack include a wide array of scientific techniques — and a truck-load of equipment. Video and still-photography, including infrared, full-spectrum, and night vision, are how they capture visual anomalies, but spirits are believed to manifest themselves in other ways as well.

Digital voice recorders, electromagnetic field detectors, static-charge meters, and white-noise generators are some of the other equipment they use to collect evidence.

WolfePack Paranormal prides itself on thorough investigations and its refusal to jump to any conclusions. Unlike the paranormal investigative teams you've probably seen on television, they're not in it for fame or fortune. The WolfePack's mission is to collect as much evidence as possible and present it for peer review, allowing both skeptics and believers to decide for themselves.

So, on March 19th, the group set out to investigate the Murfreesboro Little Theatre, at 702 Ewing Blvd. The investigation was scheduled for 10 p.m., following a performance of "The Homecoming." That performance, and all other scheduled performances of the show were actually cancelled due to the death of one of the actors, Jerry Bailey.

Bailey, a long-time member and widely-loved actor for the MLT, suffered a stroke during the opening-night performance on March 11th and passed away a few days later in the hospital. Though this added an extra element of "the paranormal" to the previously planned investigation, MLT personnel assured the group that Jerry had indeed "moved on", and that any activity captured was not likely to be him. To the folks at the MLT, Jerry Bailey will be greatly missed.

Around 10:30 p.m., the WolfePack finished setting up their equipment throughout the four floors of the MLT and divided into teams to conduct their investigation. After four hours of collecting footage, EVPs (electronic voice phenomena), and other evidence, they called it a night and headed home.

A week later, they met to review the evidence, and although they didn't capture anything that definitively proves the existence of spirits, they did capture some anomalies that are very difficult to explain away. You can visit their website, www.wolfepackparanormal.webs.com, and see some of these anomalies for yourself.

To the WolfePack, the verdict is still out as to whether the Murfreesboro Little Theatre is "haunted" or not. There are some interesting claims and some intriguing evidence, but the mystery is far from solved, and only further investigation can reveal the truth.

The Pack has upcoming investigations planned for well-known "haunted" locations, such as Waverly Hills Sanatorium, outside of Louisville, Kentucky, and Hales Bar and Marina, near Chattanooga. They'd also like to find more local "hauntings" to investigate, as well. If you, or someone you know, feel you're currently experiencing paranormal activity and you'd like to have it investigated, get in contact with WolfePack Paranormal at wolfepackparanormal@gmail.com, and as they say, "Let our pack hunt for you."