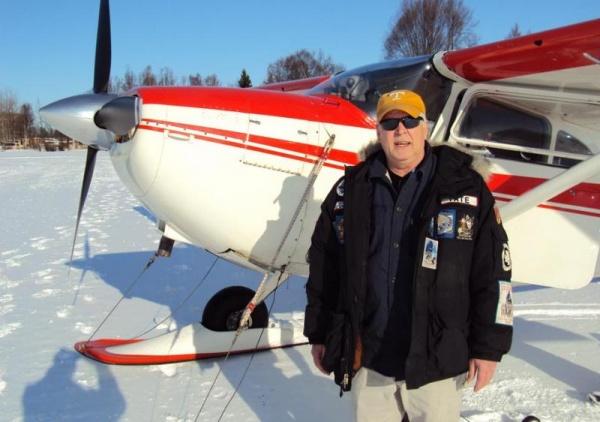 Three in the morning rolls around in Alaska, and the experienced veterinarian is awakened by the distant sounds of the approaching athletes competing in the "last great race on Earth."

By ALEX TATE
Just like an athletic trainer, it's Gayle Tate's job to ensure that these four-legged athletes are able to finish the 1,049-mile Iditarod that challenges both human and canine competitors to withstand its harsh elements.

With the crisp, cold air making it easy for his body to awake, he heads off to greet the incoming musher. Tate knows he'll be getting little sleep this week. As a volunteer veterinarian for the race, Tate is assigned a checkpoint and is in charge of treating and caring for the dogs (and sometimes mushers) whenever they reach his station.

Tate says it could be any sort of injury or various illnesses and issues that can arise on the treacherous trail. Typically working in teams of two, Tate and his partner are in charge of both diagnosis and treatment.

The mushers start with as many as 16 dogs and leave tired or injured dogs at the checkpoints along the way. Tate also is responsible for caring for left dogs until they're transported back to Anchorage. It's a far cry from his hometown of Woodbury, Tenn., where Tate's childhood involvement in 4-H sparked his move east to Knoxville and his eventual veterinary career. And Tate says that being a trail veterinarian can be vastly different than what he's used to at his practice in Tennessee. "When I started (volunteering at the Iditarod), I worked with people that had been doing the race for a long time, and I learned from them," Tate says.

At UT Knoxville, he majored in plant and soil science before being admitted into the first College of Veterinary Medicine class in 1976 of 40 students. He graduated in 1979.

"We always thought we were guinea pigs," says Tate about being the first to go through UT's veterinary curriculum. After school, he returned to Woodbury, where he opened one of the first veterinary practices in the town. In 1996 and 2000, he served as an emergency equestrian veterinarian at the summer Olympics.

His time with the Olympics, along with his participation in another  dog sledding race, generated his curiosity in the Iditarod. Having only missed one Iditarod in 10 years, Tate is a seasoned veteran on the trail and is just months away from his return to the Great North.