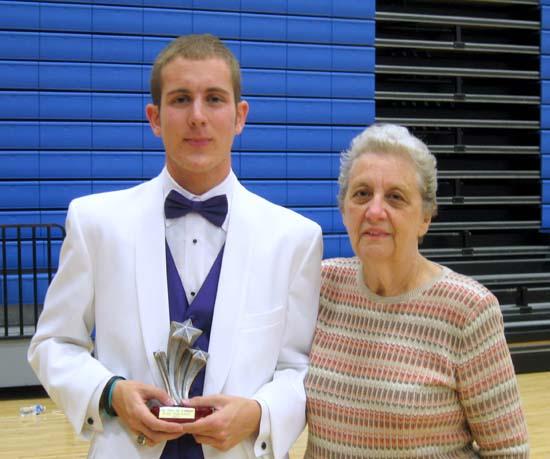 Jonathan’s talent portion of the competition was an electric guitar solo. He also received the senior superlative of “Most Talented” in which he was selected by his senior class peers.

Jonathan is the son of Ronnie and Becky (Leach) Gandy of Murfreesboro, TN, and the grandson of Joyce Leach of Auburntown, TN and the late John Allen Leach.

Print
Members Opinions:
jenjen
[Delete]
Congratulations Jonathan. I know your grandma is proud.
kech48
[Delete]
my computer is full of surprizes for me, congratulations on your grandsons talent. He is a hansom young man an likely to go places it seems.
Geneva Huddleston