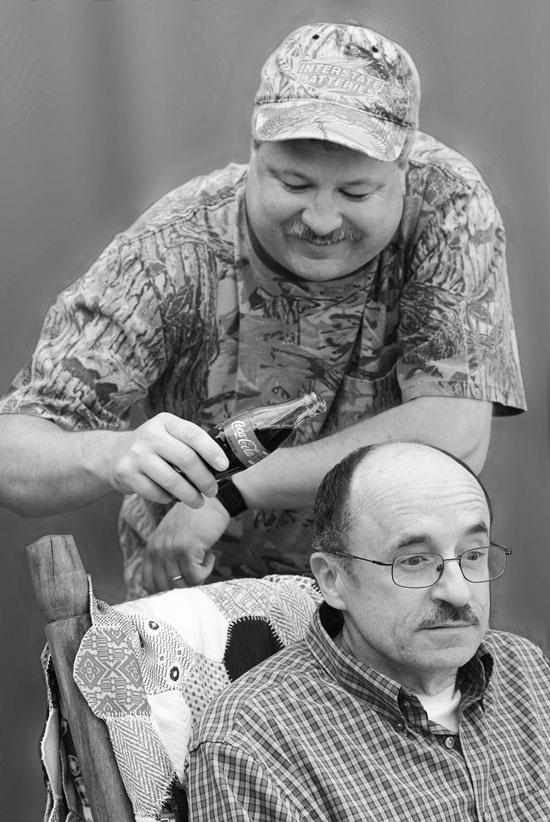 Laughter and hilarity are in abundant supply as our favorite southern comedy returns to the Arts Center stage with Mike Reed as Charlie, a shy man who seeks peace and quiet in a rural backwoods lodge.

The Foreigner is set in rural Georgia where two English men, Froggy and Charlie arrive as guests. “Froggy” LeSeuer, a British demolition expert, has brought along his pathologically shy friend, Charlie.

When people at the lodge try to talk to Charlie, he cannot find words due to his terrible shyness.  Before departing, “Froggy” tells all assembled that Charlie is from an exotic foreign country and speaks no English.

Once alone, the fun really begins as Charlie overhears more than he should. Charlie’s little white lie fuels the nonstop hilarity of this play as situations conspire to turn Charlie's holiday from himself into a self-discovery of humor, good-nature, even heroism and sets up the wildly funny climax in which thing go uproariously awry for the “bad guys.”

The Foreigner is sponsored by First National Bank and is part of the 2011 Stagedoor Series.

Tickets may also be purchased online at www.artscenterofcc.com. The Kitchen at The Arts Center is now open before all performances.

Print
Members Opinions:
Sarah
[Delete]
When you have MIKE & TIM you always have a hit show.......
annonomoose
[Delete]
this area is fortunate to have this fine arts center.it is an ASSET to the community.just shows what can happen when good people work TOGETHER for a common cause.and i might add, its downright good for people to get together and share a few(possibly very many),laughs.
[Delete]
I saw the story about the Cannon County Arts Center on PBS Tennessee Crossroads last week. It was great seeing our county displayed that way. I love attending anything at the Arts Center. It's an asset to our county.
[Delete]
It is funnnnnyyy. I would recommend this show to anyone. Tim and Mike are always funny.
poplarbluff
[Delete]
Best Arts Center in Tennessee.