Fiddler On The Roof At Arts Center 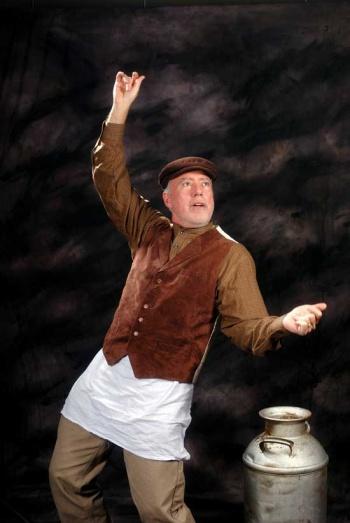 Gerald Melton
The Arts Center of Cannon County begins its 30th anniversary season with the internationally acclaimed Broadway musical FIDDLER ON THE ROOF. This Tony Award winning show features an exhilarating and poignant score including "Sunrise, Sunset," "If I Were a Rich Man" and "Matchmaker." The Arts Center’s production of Fiddler on the Roof opens March 19th and runs through April 3rd.

Scarlett Turney (Man of Constant Sorrow, Oklahoma, Annie, Children of Eden) will direct. FIDDLER ON THE ROOF is under the Musical Direction of Robert Hiers with Choreography by Kathryn Turney.

A powerful celebration of the human spirit, FIDDLER ON THE ROOF is the tale of a family struggling to maintain their balance in a changing world. It is 1905, on the eve of the Russian Revolution, as Tevye, (Gerald Melton) a Jewish milkman, and his wife Golde (Connie Bryant) search for acceptable husbands for their three lively daughters.

While the daughters are determined to break with tradition and marry the men they love, Tevye must choose between their happiness and his beloved traditions that keep the outside world at bay. Meanwhile, the family begins to face larger forces as Jews are being persecuted in their homeland, threatening the very life Tevye strives to preserve.

Tickets may also be purchased online at www.artscenterofcc.com. The Arts Center Cafe is now open before all performances, so be sure and call in advance for our discounted dinner/show packages.

Fiddler on the Roof is sponsored by Regions Bank, Arlene’s Clay Studio, and Emery’s Fine Art Gallery and is part of the 2010 Stagedoor Series sponsored in part by The Old Feed Store Antique Mall. The Arts Center is located on 1424 John Bragg Highway, just west of the town of Woodbury, approximately 20 minutes from Murfreesboro, Manchester, and McMinnville and one hour southeast of Nashville. Box office hours are 10:00a.m. to 4:00p.m., Monday through Saturday.