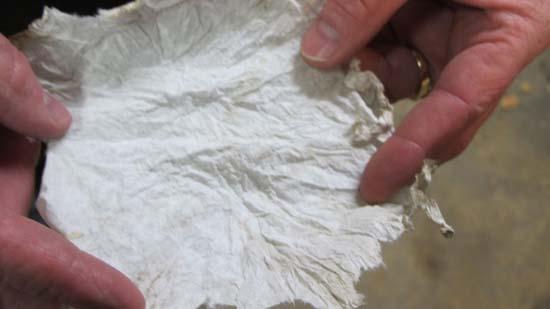 When he arrived, Investigator Young learned from witnesses at the scene that Jerry Dean Barrett had been involved in a physical altercation with his son, Jerry Dee Barrett.

Three parties at the residence told Investigator Young the altercation was over a $35 food stamp card.

While at the location, Investigator Young also received information of a possible meth lab at 172 Cabin Hill Lane, Woodbury, which is where the Barretts reside.

Investigator Young said that initially the younger Barrett stated his father had hit him with a poker. However, there was no evidence to support that claim. It was, however, determined that the elder Barrett allegedly struck his son using his fists.

The younger Barrett was transported to Stones River Hospital for treatment. Investigator Young took a statement from the younger Barrett at the hospital, and also obtained permission to search the Cabin Hill Rd. property.

"We then went and searched the residence, outbuilding and garage located on this property," Investigator Young said.

"During the course of the search, in the garage area and outside the garage, we found a meth lab and also drug paraphernalia used for ingesting drugs," Investigator Young said.

Both Barretts were arraigned in Cannon County Circuit Court Friday on prior drug charges.

Sheriff Young expressed his appreciation for the teamwork involved in the investigation.

Print
Members Opinions:
ftenpenny
[Delete]
An the taxpayers are paying for the food stamps,these worthless people are useing.Maybe the Sheriff needs to see if they can be charged with obtaining food stamps illegaly,If they can spent money to make meth,They should buy their own food.They are nothing but human vermin living off the working people.
[Delete]
Hope a tree never falls on you FT
[Delete]
Mr Tenpenny alfully funny how you point fingers when you family is on the court dockets weekly
ftenpenny
[Delete]
No last name billf,. no credabilty.An if you do the crime,you need to do the time.no matter what your name is.an to coody johnson who would want a meth head with a chain saw around them.These people were in court last friday an arrested again this fri. on the same charges.when is it ok for the taxpayers to stop supporting them'
[Delete]
Mr Tenpenny all i was saying is that when you point a finger there are 4 pointing back at you..And as for taxpayers money just as much is being spent on your family. If it is meth or reckless endangerment,felony evading arrest,suspended lin,violation of probation,it cost just as much for tax payers.And no i would not put my name on internet ever heard od identity theft?
southerndawn
[Delete]
Its funny how people can point fingers to the ones that arent on the roll of those that are in trouble. How about placing the blame on the ones that are actually on the roll and has done the crimes and not those who arent. Just because Mr. Tenpenny has family that is on that roll doesnt mean he committed a crime. Place the blame where it belongs. Im sure we all know someone or have family members that have been on the roll; that doesnt make us criminals! No i wont post my name because to many people on here like to cause to much drama and thats my decision.
[Delete]
I was not the one pointing fingers!I was saying mabe he should not be pointing fingers
[Delete]
I think everyone has skeletons in their closets that they would rather they were not brought out for the world to wash them as they see fit. I dont think drugs are anything but trouble for all. More should be dome to stop the drug making and sales. Dont brow beat someone unless you have walked the same path in their shoes. You would see a different side of life.