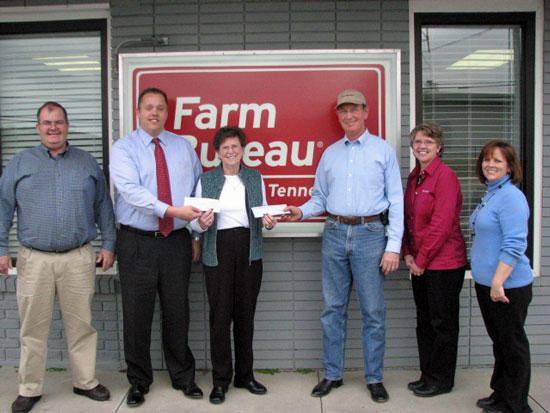 “Stretching Your Grocery Dollar With Healthy, Nutritious Food,” the official theme of American Farm Bureau’s Food Check-Out Week, reflects the fact that Americans from all walks of life continue to work through an economic squeeze. Dining out less often and preparing more meals at home is the new reality for many Americans.

The Cannon County Farm Bureau recognizes Food Check Out Week each year by donating funds to the Cannon County Emergency Food Bank to help county residents who have fallen on hard times.