Fall sports winding down at CCHS 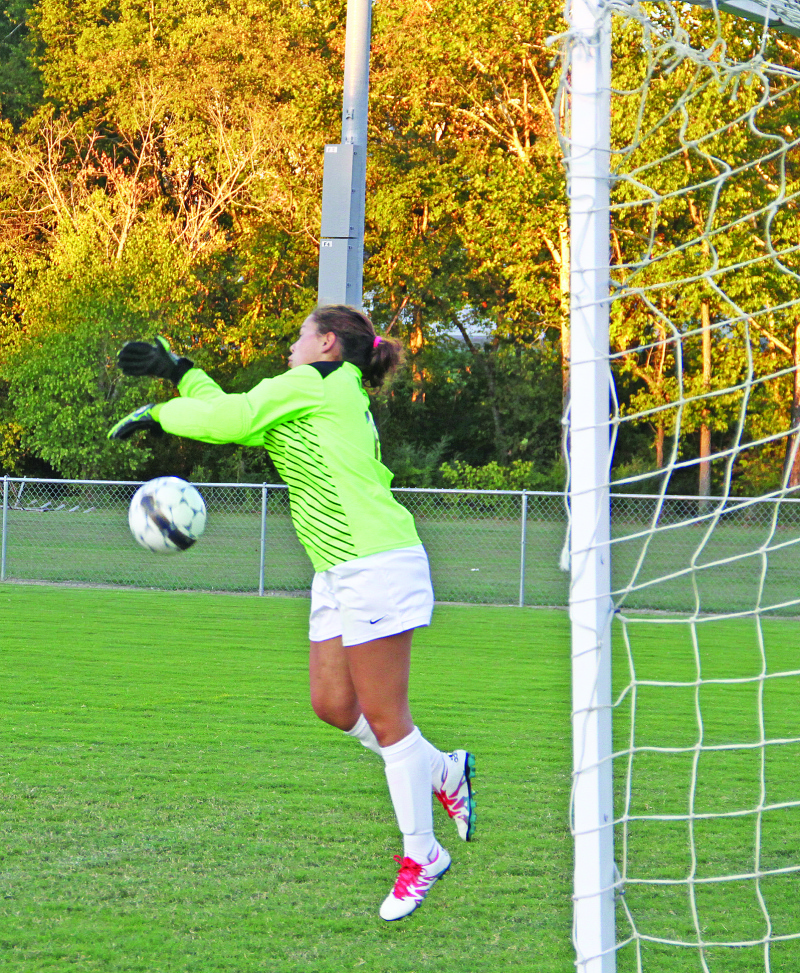 The fall sports season is coming to a close as the CCHS volleyball and soccer teams finished up their respective campaigns this week, while both the Middle Grade and High School cross country teams had important meets this weekend as both fight for a state berth.

"As for the seniors, this has been a dedicated, hardworking group," CCHS head coach Dorinda Walker said on Oct. 5. "To celebrate nine girls for what most consider a minor sport is major. These girls set an example for the underclassmen through leadership, team work, and pushing every girl to be their best. They were here for the team accomplishment and not the individual stats. I am proud to have spent the last four years with them, two of which I have been the head coach. I am sure they have taught me way more than I have taught them."

As for the game, the Lady Hornets scored in the first half to lead 1-0 at the break. However, the Lionettes fought back when Ivy Vinson put it in the back of the net off a rebound with 27:48 left in the match to tie it at 1-1.

Huntland scored the game winner five minutes later, and they added two more goals to end the scoring and picked up the win. After the match, it got ugly during the postgame handshake as a fight broke out between players from each team.

"As for the conclusion of the senior night festivities, I do not have a lot to comment other than my girls and parents came out classy in the situation," Walker said. "Huntland's coaches and players were completely out of line and a formal complaint has been filed."

The Lionettes finished the regular season winless with one tie, and they opened up District Tournament play at rival DeKalb County on Oct. 8. A win sends them to Murfreesboro Central Magnet for the rest of the tournament next week, while a loss ends their season.

CCHS Volleyball-It was a week fit for a Queen, in this case three to be exact as senior players Ashlyn Ellis, Rachel Alexander and Kasey Sadler were the finalists for the CCHS 2016 Homecoming Queen. Alexander received the crown, and the focus shifted to the District Tournament at Robert A. Harris Gymnasium the following week.

Coming into the tournament, the CCHS varsity team was winless and they had not won a set all season. They were hoping to change their luck in their opening round match as the No. 6 seed against No. 3 seed Livingston Academy. However, the glass slipper busted and the Lionettes were eliminated three games to none to the Lady Wildcats, which ended their season.

CCHS and CCMG Cross Country- The Lions and Lionettes were supposed to compete on the same course at the Steeplechase in Nashville's Percy Warner Park on Oct. 6, which will also host the TSSAA State Meet in a few weeks. However, the meet was cancelled earlier last week.Instead, CCHS head coach Marc Larson announced the teams will be heading to Rock Island for a Five miler on Oct. 8, and then the Mid State Championships will be the following Saturday in Dickson.
As for the Junior Lions and Lionettes, they have their most important meet of the season on Oct. 8 back in Macon County for the Region Meet, which will decide if they advance back to the state meet in the near future.

CC Elementary School Basketball-
Attention players and coaches of the six schools. We please need your help as on Nov. 1, the Cannon Courier will be doing a special basketball section. We want to have team photos of all 12 teams in it along with scores since the season has already started. Please email me at dhunter@cannoncourier.com with scores, and either team photos, or set up a time so I can take them.