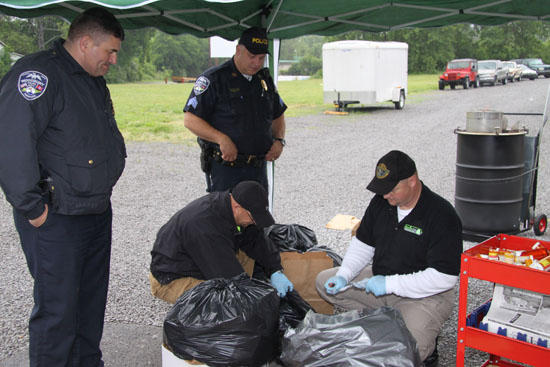 The burning was done by EnviroSafe, a mobile incineration service headquartered in Crossville.

Woodbury Police Chief Tony Burnett said that due to EPA regulations, burning of evidence, including drugs, is no longer a process as simple as digging a hole, filling it with material, and lighting it on fire.

Brian Eckelson of EnviroSafe, who is also a Crossville police officer, said the service is a way for a law enforcement agency to get rid of evidence that doesn't release any toxic material into the atmosphere.

Among the items destroyed Monday were pills, rolling papers and pot pipes.