'Every Drop Of Spirits Has To Be Accounted For' 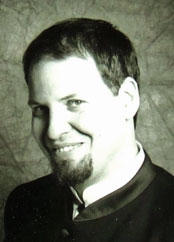 n the Nov. 2 State General Election, Cannon County voters will be asked to either approve, or not approve, a referendum permitting the operation of a distillery in the county.

Helping Short Mountain Distillery in its effort to get voter approval for its proposed operation is the Distillery Organizational Group (DOG), a group headed my Jim Massey.

The Cannon Courier contacted Massey to get his responses to a variety of questions about operating a distillery, and the potential impact one would have on the citizens of Cannon County.

Following are the Courier’s questions and Massey replies:

What is the function of the Distillery Organizational Group, and how did it get started?

DOG was formed to provide consulting services to start-up distilleries. The company emerged from the friendship of industry professionals and the recognition of a need for best practices and planning.

What is a “craft” distillery and how is it different than other distilleries?

The term “Craft Distillery” is what we describe as an independent distillery that distills spirits in small batches and whose output is less than 100,000 barrels per year.  In general the term means any distiller that is not one of the majors, however, in recent years a few of the small distilleries have grown in output so much that it is a bit misleading to think of them as “small batch.”

Additionally, the major distillery corporations like to call some of their subsidiaries “Craft Distilleries” as a marketing tool, but for our purposes we like to group the multi-national corporations separately from the small independent start-ups.

Are there any other “craft” distilleries operating in Tennessee? Is Short Mountain Distillery the only group who  has attempted to start one under the new law?

Prichard’s Distillery in Kelso, Tennessee was founded under the old statutes and continues to operate in Lincoln County.  There are at least 10 groups I am aware of who have taken steps to establish distilleries under the new laws.  Joe Baker of Smokey Mountain Distillery is the first to actually open his doors under the new laws.  We should see 3 or 4 more open within the next 2 years, and hopefully more after that.

What safeguards are there to ensure the security of a distillery’s finished product before and during its transport to market?

The TTB ( http://www.ttb.gov/ ) regulates all beverage alcohol manufacture and sale.  Their guidelines are posted at the site and are extremely lengthy and quite detailed.  The industry is regulated and monitored arguably more than any other industry known.

Every drop of spirits has to be accounted for through every step of the process from manufacture to final delivery to the customer.  Stored product is required to be in locked and sealed facilities through all stages.

The level of oversight is arguably out of proportion when you compare it to other manufacturing industries and safety issues (coal, oil, plastics, nuclear, steel, etc...), especially considering that spirits production is an “All Natural” process.  The fact that the revenue from taxes on spirits sales has been the major source of revenue for the government is the real reason for the extreme oversight.

What safeguards are there in place to ensure that the ingredients used in the manufacture of the liquour will not cause harmful effects to consumers?

The TTB has very strict monitoring of the whole process.  Only natural ingredients are used.

The sale of liquor is not legal in Cannon County. How can Cannon County residents be assured that none of the distilled spirits will be sold locally via an underground market?

Non-compliance with the TTB rules and laws as well as the State rules and laws would result in the loss of the distiller’s license and under your scenario, both Federal and State criminal prosecution.  It would be absolutely ridiculous to risk the investment it takes to open a distillery by selling illegally.

Increased crime is a concern expressed by some opponents of the operation. What is your response to those concerns? Have you conducted any studies to determine whether crime increases in counties or communities where liquor is distilled?

I have not done any formal studies on increased crime, however, I cannot imagine that gainful artisan and agricultural jobs add to crime.  The Federal and State requirements of secure storage should deter any type of vandalism as well as the owners need to protect their valuable resources and work product.

How will the finished product be transported to market? Will there be security measures in place during transport?

Product would be shipped just as it is in Lynchburg, by secure trucks to licensed wholesalers.

How will the product be marketed and sold?

The Government requires all beverage alcohol sales to go through a 3 tier system: Manufacturer (distiller) - Wholesaler - Retailer.  Taxes are collected at each level.  SMD will be required to sell only to a licensed Wholesaler in Tennessee.  The Distillery can then buy back from the wholesaler it’s own commemorative bottles in 750 ml to have for limited sale on premises (for off premises consumption only, meaning all local laws would apply to prohibit public consumption, again, just like Lynchburg).

Some opponents are concerned a distillery will tarnish the county’s image. What is your response to those concerns, and in what way, if any, will you address them?

Distilling spirits is a time honored craft.  Our Country’s first President, George Washington, was the new nation’s largest distiller at one point.  Every signer of our Declaration of Independence participated in some form or fashion in the art of distilling.  Distilling is an agricultural process and provides our area farmers a unique opportunity to earn good money from honest work.

How many years will there be between the time the product is distilled and when it is available for purchase?

Aged spirits can be in the barrel for decades, however, most whiskeys are aged less than 8 years.

Are state and/or federal authorities involved in the manufacturing process? If so, in what way? Do they perform independent tests of the product for content and quality?

The TTB (Federal) has strict oversight of the entire process, down to each ounce of grain used and the scientific yield that grain produces.  The government makes triple sure it gets every tax dollar.

Why should Cannon County residents support the operation of a liquor manufacturing operation? How will it benefit the community?

Again, distilling is an agricultural process and provides our area farmers a unique opportunity to earn good money from honest work. The artisan process is one of the top tourism attractions in the State which brings about other levels of revenue to the State and jobs to the community.  As Tennesseans, we are at a unique competitive advantage to be successful in the growing market for hand-crafted spirits.

Print
Members Opinions:
yisagirl1
[Delete]
YES YES YES MUCH NEEDED FOR JOBS
yisagirl1
[Delete]
YES YES YES MUCH NEEDED FOR JOBS
mrron
[Delete]
Anything to bring jobs and tourism to Cannon County is a good thing.
tngram
[Delete]
We think it sounds great! We need the jobs in this county. Hope it passes!
bh123424
[Delete]
I like it and think it is a great idea, but just how many jobs is this expected to bring to the county?
[Delete]
great, maybe goes perfect w/ package store in woodbury ...more, more, jobs yeah!
[Delete]
Sounds like the Chamber of Commerce should do some marketing if this referendum passes. Tourism is greatly under-utilized in Cannon County. Marketing what we have will pull visitors into the county leaving additional tax dollars behind. Given the Readyville Mill is now in operation and the possibility of another enterprise on Short Mtn. looming ahead, what else do we have that could be promoted? Sounds like a tour in the making! Look ahead Chamber members. The time draws near to take advantage of promoting Cannon County as a tourist attraction.
burtbum
[Delete]
I do not believe this is bad idea. Cannon County already has jobs. We started growing soybeans back in the 80's when few others knew about them. Tourism is not the answer, and neither is liquor.
burtbum
[Delete]
Correction, I do believe this is a bad idea.
[Delete]
Burtbum... how many acres of soybeans do you personally plant each year? How many people do you personally employ in such an endeavor? How many of those are Cannon Countians?