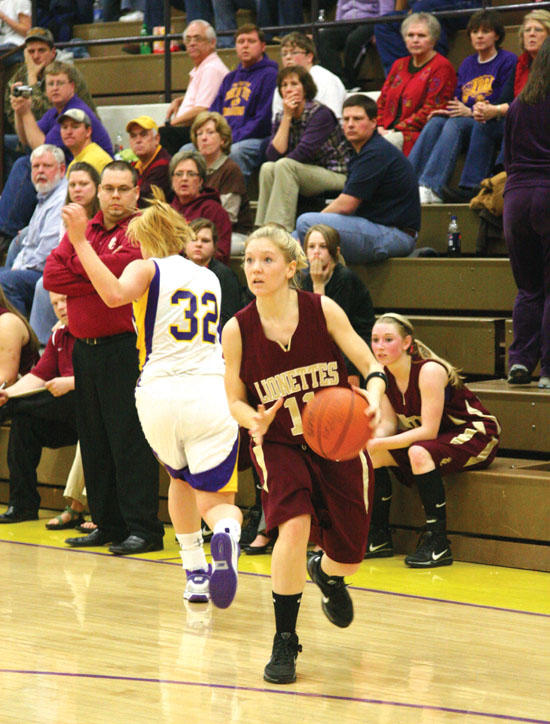 Sissom, a junior, averaged 17.8 points per game in helping to lead to Lionettes to district and region titles and a 27-5 overall record.

"It's exciting," Sissom said of the honor. "We really worked hard and we put in a lot of extra time this season. I'm glad we got to go as far as a team as we did, and next year we are going to go to the state."

The Lionettes fell just short of earning a berth in the state tournament this past season, losing to McMinn Central, the eventually state runners-up, the the Sectionals.

"We are setting that (going to the state tournament) as our goal for next year," Sissom said.

During her junior season Sissom, who has already signed with Union University to continue her playing career in college, made 103 3-point shots, averaged 2.1 assists per game, 2.0 steals and shot 74 percent from the free throw line.

Michael Dodgen, head coach of the Lionettes, said Sissom is the first CCHS athlete to receive an all-state honor since Tessa Tenpenny is 1995.

"Emily works very hard," Dodgen said, "and she's the type that will tell you she wouldn't be able to be successful without her teammates. She's very deserving of this honor and it's quite an elite team to be a part of."