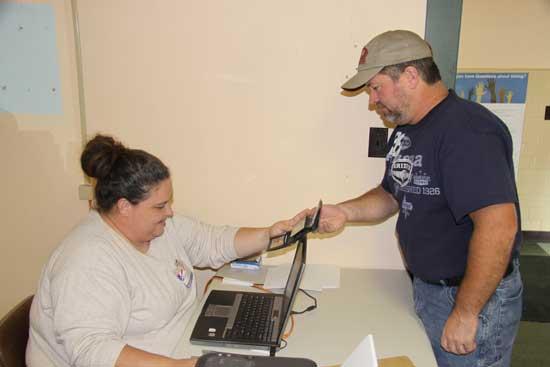 Beginning today and ending Oct. 28, registered voters have the opportunity to cast their ballots for the November 2nd general election.

Stan Dobson, Administrator of Elections for Cannon County, is encouraging all voters to take advantage of early voting.

“Local voters have come to enjoy the benefits and convenience of voting early,” Administrator Dobson said. “Voters can vote at their convenience and not worry about rushing to the polls on Election Day.”

“In November 2008, approximately 58 percent of the registered voters in Tennessee took advantage of early voting,” Secretary of State Tre Hargett said.  “I expect a significant number of voters to vote early this election as well.”
Tennessee Coordinator of Elections Mark Goins will be kicking off the first day of early voting by casting his own ballot.

“Early voting is convenient and has become very popular in Tennessee,” Coordinator Goins said.   “I know I will be busy on Election Day, so voting early ensures my vote will be cast within my schedule.  It just makes sense to vote at a time convenient to me.  I believe one million voters in Tennessee will take advantage of early voting this election.”

For people who cannot or would prefer not to vote on Election Day, early voting provides an additional 14-day period to cast ballots, including two Saturdays this election.

Cannon  County will be conducting early voting at the Election office.  The hours for early voting will be 9 AM till 12 PM on Monday, Wednesday, Thursday, Friday, Saturday & 2 PM till 6 PM on Tuesday.   Early voting ends Thursday October 28th.

Print
Members Opinions:
[Delete]
Is there any chance the Courier can post the sample ballot like you folks did for the primary? That would be really helpful for county residents! Thanks!
CannonCourier
[Delete]
See the "Cannon Co. Election Commission" link under "Elections 2010" to the right of the site for a sample ballot.