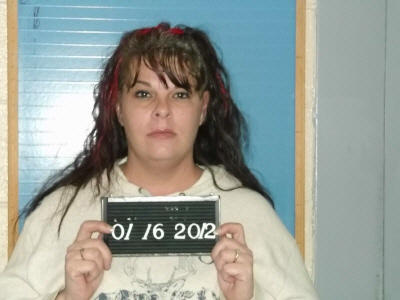 CRYSTAL NICHOLS
One woman and three juveniles are facing charges after Cannon County Sheriff’s deputies were summoned to a local residence on Jan. 13 following a report of an unconscious male.

Upon arrival they found a teenage boy lying on the floor with blood coming from his mouth. A girl was holding him up.

The boy’s grandmother, who had been called to the residence and had arrived before law enforcement officials, said she had brought her grandson there to attend a birthday party.

The grandmother said when she arrived she saw people running from the house. The homeowner, Crystal A. Nichols, arrived and gave deputies consent to search the house.

A teenage witness told officers the injured boy had arrived at the house and had gotten into the homeowner’s liquor. She stated he drank a glass of vodka and had a few sips of tequila. She said the boy then smacked the girlfriend of another boy at the party on the butt and the boyfriend got mad.

The witness said she calmed both parties down and after about 10 minutes the boy who was injured ran outside, hit the pond, tripped and hit the sidewalk. The underage witness admitted to drinking one glass of vodka, three sips of tequila, one Smirnoff and one beer. She stated everyone was drinking but the injured boy had had the most.

Four other teenage witnesses confirmed the basic account of events of the first witness. One said the injured boy was “acting like a jerk the whole time.” She also stated the homeowner was there during the incident. Another said the party was supposed to be just girls. She said the boy who fell arrived and looked “messed up” and was “grabbing all of us.”

The injured boy was transported to DeKalb County Hospital for treatment. When interviewed the next day (Jan. 14) he stated when he went to the party he walked in and saw a lot of alcohol sitting out. He asked why they had it and if they had any for him. He was told the person who got it for them had already left. He stated he drank some of the alcohol and after about 15 minutes it “hit” him. He said he blacked out. He also stated everyone at the party was drinking with the exception of one of the teenage girls in attendance.

Sheriff’s Sgt. Randy Neal went to 90 Judge Purser Hill Rd. on Jan. 15 to serve arrest warrants on the homeowner, Crystal A. Nichols. Nichols is charged with three counts of Furnishing Alcoholic Beverages To Minors, three counts of Contributing To The Delinquency Of Minors and one count of False Report. Nichols gave statements to deputies that she was not present at her residence while minors were consuming alcoholic beverages. However, information received from the minors involved contradicted her statements.

Three of the juveniles involved in the incident were also charged, with Under 21 Consumption Of Alcohol.