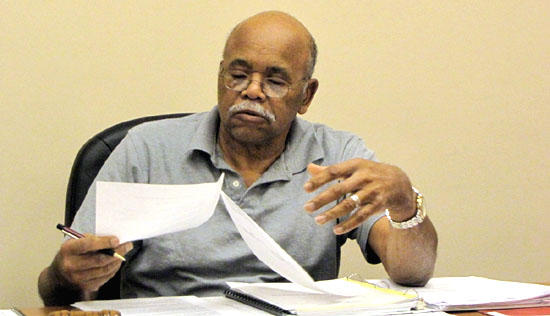 Updates regarding the city.

Plats and site plans to review.

Review and approve the amendment regarding off-street parking in new subdivisions and the addition of new illustrations to be put into the subdivision regulation appendix.

Mayor Patrick updated the commission of the revitalization of the Courthouse Square and says that people will now see a difference in the square, now that the sewers have been completed. He reported that the trees around the courthouse were diseased and that it was recommended to remove them by an expert that we had asked to evaluate those same trees. They will be putting up trees that have a good growth to them.

There was a report on a man that had wanted to set up a car wash in an R1 Zone, which is prohibited.

Member Sue Patrick reported that there are going to be several empty buildings on the square. There was discussion about the furniture being used by the new store on the west side of the square. This shop that has been setup to sell odds and ends has been complained on because it is hard to get around them that are managing the store and sitting outside the door. It was recommended that the Chief of Police stop by and talk to them.

The next order of business was to review and approve the off-street parking in new subdivisions. The regulation is titled as Amendment 2010-2. This action will add amendment and illustrations to be added to the Subdivision Regulations of the City of Woodbury.

* If street parking is desired within a subdivision, an additional lane will be added.

** All subdivision development within the city shall require off street parking to be provided at a rate of two (2) parking spaces per dwelling unit. In order to provide for the most efficient means of road maintenance, snow plowing and access by emergency, police and fire vehicles within the street shall be prohibited.

It was reported that the people who were living in the downstairs store front downtown has evacuated.