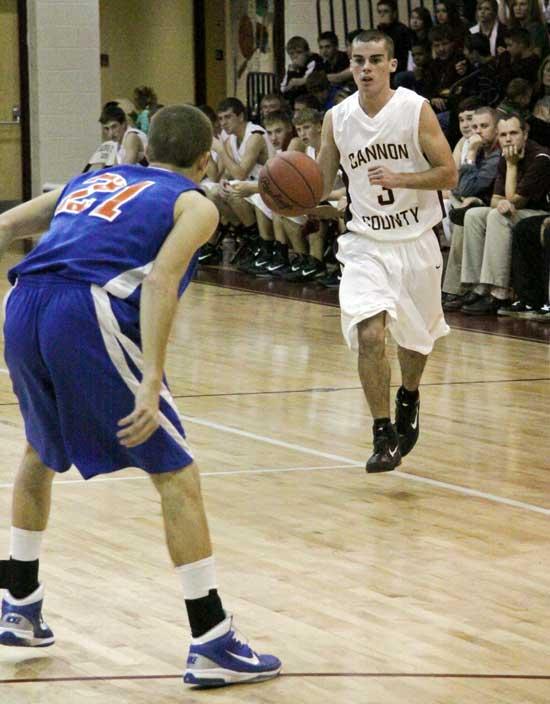 The Lionettes (2-0) rolled to a 69-41 win against Tullahoma after crushing Boyd Christian, 78-13, earlier in the afternoon.

The Lions (2-0) roared past Tullahoma, 72-57, and also enjoyed a convincing 75-28 win against Boyd Christian. Jared Nave flirted with a triple double but did enjoy a double double to lead the Lions against Tullahoma. The senior standout poured in a game-high 24 points, 10 rebounds and five assists in a well-rounded game.

Senior point guard Justin Davenport also had a stunning first day with 20 points, four assits and four steals against Tullahoma. That followed a 21-point performance in limited action against Boyd Christian in which the solid Davenport was perfect from the field. He nailed all six field-goal attempts, including all three 3-pointers.

Seveal players got into the scoring act against Boyd Christian. Davenport was the only player in double figures with 21, followed by Justin Tobin and Nave with seven each. Ruehlen, Matthew Turney and Ethan Bryson netted six and Cripps finished with five.

Freshman Abbey Sissom earned the start in her first varsity games and delivered eye-popping numbers. Sissom, the sister of senior standout Emily Sissom, led the Lionettes in scoring in both wins, finishing with 16 against Tullahoma and 14 against Boyd Christian.

Lindsey Reed had 15 points against Tullahoma, followed by Emily Sissom (14) and Taylor King 12). Abby Jakes was the only player other than Abbey Sissom in double figures against Boyd Christian with 10 points. Emily Sissom added nine and Jordan Hollis finished with eight.