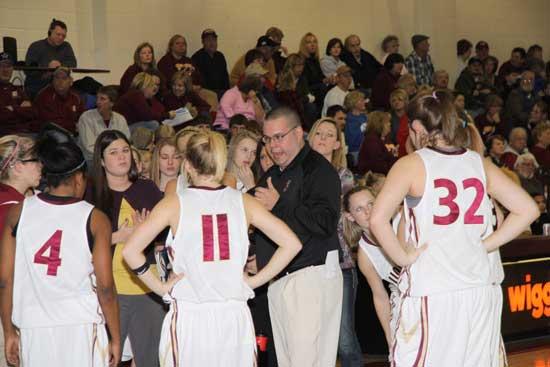 Coach Michael Dodgen gives instructions to his team during a recent Lionette game. (Photo by Sean Parker)
WOODBURY -- Traditionally in District 8-AA and its precursors, the girls basketball title has been primarily between two teams -- Upperman and Livingston Academy -- and it has been for a long time.

Coach Michael Dodgen and his Cannon County Lionettes found themselves ranked No. 4 in the first Associated Press Tennessee High School Girls Basketball Class AA poll of the season, and the Lionettes are looking pretty strong at 14-0, beating out LA by seven votes and Upperman by 55.