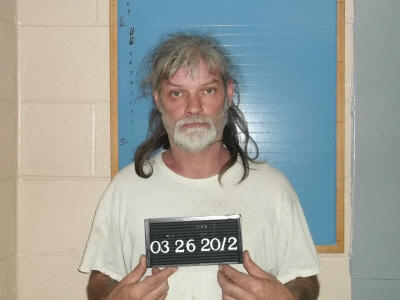 The vehicles continued to drive North on Bradyville Rd. for approximately one mile. Upon stopping the vehicles Deputy Perry first spoke with the driver of the vehicle, a blue Chevy truck, which had stopped in front of his patrol unit.

The driver, Ashley Manus, 4881 Woodbury Pike, Murfreesboro, stated she didn’t have a driver’s license and that her father was in the truck behind the deputy’s car.

Deputy Perry then went and spoke with the driver of a white Chevy truck, Freddie Lee Manus, 132 McElroy Rd., Readyville. While speaking with Freddie Manus, Deputy Perry noticed a strong odor of an alcoholic beverage coming from him. Manus said yes when asked if he had been drinking, admitting to one beer.

While validating Freddie Manus’ driver’s license information through Cannon County Dispatch Deputy Perry, along with deputies Eric Moss and Matt Parsley who had arrived at the scene, heard a popping noise coming from Freddie Manus’ truck.

Deputy Perry asked Freddie Manus what the noise was. He stated he was killing bugs on his windshield.

Deputy Moss asked Freddie Manus for permission to search his truck and he consented. During the search Deputy Moss found a pipe on the dashboard above the glove box.

Deputy Perry went to the truck to assist Deputy Moss in the search. He noticed a wet area on the road near the truck. The road was dry and it had not rained in some time. Deputy Perry shined his flash light near the truck in the ditch line and saw a beer can which appeared to be cold. He leaned down to pick it up and found a small plastic bag containing 2.7 grams of marijuana.

Freddie Manus was then placed under arrest. He refused to submit to a blood alcohol content test. He was taken to the Cannon County Jail and booked on charges of DUI, Violation Of The Implied Consent Law, Simple Possession and Possession Of Drug Paraphernalia. He was also issued citations for Improper Passing and Violation Of The Financial Responsibility Law. Total bond was set at $5,500.

Ashley Manus was issued citations for No Driver’s License, Improper Passing and Violation Of The Financial Responsibility Law.