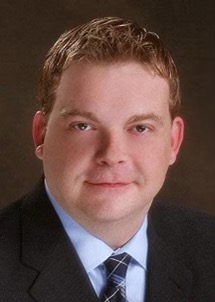 David Kenneth Bailiff, age 53, passed away suddenly at his home on January 28, 2021. He was a native of Bradyville,TN but called Murfreesboro home for more than 35 years. He is preceded in death by his parents, Gid Bailiff & Naomi Hutchinson Baililff; & his niece, Jennifer Kemp Mulligan.

He is survived by his sisters, Deborah (Michael) Parks and Thresia (Terry) Horn, all of Woodbury; his nieces, Emily (Charles) Haynes, of Woodbury & Anna (David) Rowland of Murfreesboro; his great nephews, Madden and Teller Haynes; and great niece, Olivia Mulligan.

While attending MTSU, he began his banking career as a courier, working his way to branch manager and later found his true path in mortgage lending. Not only did David succeed because of his wealth of knowledge in the industry, but his level of customer service was unsurpassed. He was very well known in the community and in the industry.

David had a true passion for collecting antiques and attending estate sales. While tough on the surface, David was known to be a generous man with a huge heart that was always willing to help someone in need. He was very beloved and will be truly missed.

Visitation with the family will be from 4 PM to 8 PM Monday, February 1, 2021 at Woodbury Funeral Home. A private graveside service will be held.

In lieu of flowers, donations may be made in David's memory to the American Heart Association or the Juvenile Diabetes Research Foundation.