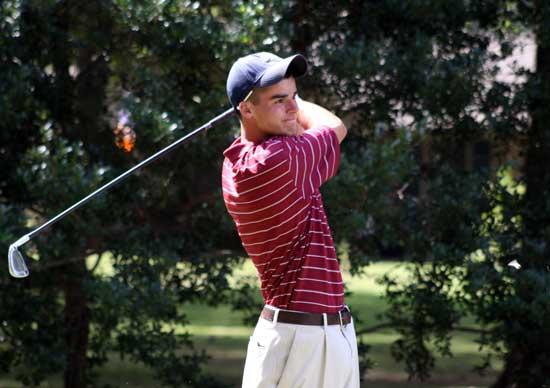 Then, the tournament began in cold, rainy conditions Monday (Sept. 27).

Davenport's dream of becoming the second golfer from Cannon County to reach the state tournament fell just short after he battled the elements to shoot a 12-over 85. Davenport was six shots shy of advancing as an individual.

"Under the conditions we played in I thought he shot fairly well," Cannon County Head Golf Coach Ronnie Burks said. "The course was rain-soaked and it was cold. Play had to be suspended at times so it was difficult. It's very tough to get out of the region but Justin represented himself and our school very well. Justin has a strong to desire to win. He wants to win as much as anyone I've ever had."

Davenport, who advanced to the Region 4 A-AA Tournament for the second straight year, said it was more his play than the conditions that left him out in the cold. The top team and four individuals not on the winning team advance. Notre Dame won the team title. Davenport finished 17th overall out of the 34-player field.

"The course was really one of the easiest we have played this year but the weather did make it more difficult," Davenport said. "The course was fairly easy. I just didn't play well. I couldn't get off the tee and that's disappointing because my irons are good. I could not drive the ball and that put me in bad spots."

Despite his struggles striking the ball off of the tee, Davenport still rallied with a strong back nine and solid approach shots to keep himself in contention; however, a tough start on the front nine was too much to overcome.