Davenport Leading Lions On The Links 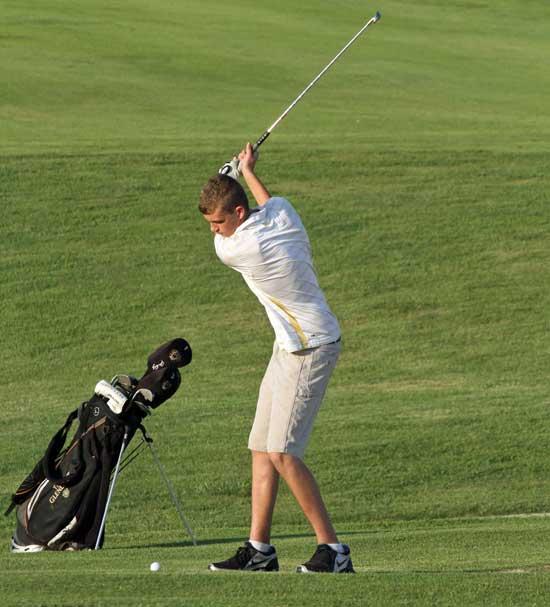 JARED NAVE
Justin Davenport is leading Cannon County on the links with consistency and solid play at the outset of the 2010 boys golf season.

The Lions have participated in four matches, notching dual-match wins against Monterey and Middle Tennessee Christian School and enjoying a win against Upperman in a three-team match that also included York.

Davenport has led Cannon County's scoring each match and is averaging a team-low 40. He was low medalist in two of the four tournaments. Davenport's best showing to date was a 37 at Mountain View Golf Course. That nine-hole showing was five shots better than the next closest competitor.

Davenport's 42 was easily top score against MTCS and his 41 in the three-team match with Upperman and York was second-lowest of the day. Jared Nave and Josh Goff have been coach Ronnie Burks next top scorers and have factored in each of the team's matches.

The Lions were within four strokes of sweeping Upperman and York. Cannon County fired a 179 to outdistance York (220), but Upperman closed strong and won the match with a 175. It was the only match Nave's score (50) did not count. Cody Ruehlen (44) came up strong to keep the Lions in contention. Josh Goff and Wyatt Goff each fired a 47.

Cannon County dominated the course in  its match against Monterey, getting strong play from Davenport (37), Nave (43), Josh Goff (46) and Ruehlen (46) to account for a 16-stroke advantage.

One of the team's most impressive wins was against MTCS. The Lions had only four players for the match so the pressure was greater than usual because all of their scores would count. They delivered with all four players providing consist scoring. Davenport (42) led the way, followed by Josh Goff (47), Wyatt Goff (48) and Nave (48).

The loss to DeKalb County (161-180) was a tough one as the Lions received similar scores from their top contributors. The four scores that counted were 47 or lower, led by Davenport's 40, but DeKalb County had two players under 40 to secure the win.

Cannon County will have a full another full week ahead on the links. They were playing host to Upperman Monday, followed by a match at Watertown Tuesday, a tournament at Willow Brook Wednesday and a match against Webb School at Riverbend Thursday.