Crime Can Come To Any Community 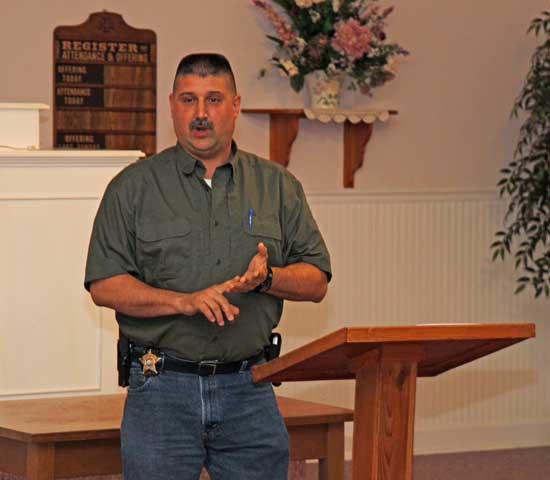 Among the crimes Wilder cautioned listeners to be aware of is mail scams, which usually involve a fraudulent company sending people bogus checks.

After the recipient cases the check, and sends the company processing fees, they later discover the check was a fake and they lose not only the money they thought they had received, but also the money they sent to the fake business.

See the Dec. 8 issue of the Cannon Courier for a full report on Detective Wilder's presentation.