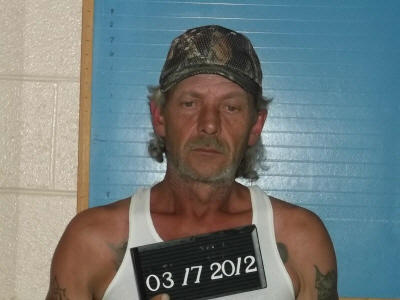 RICKY BAIN
A Smyrna couple are facing charges after they were arrested for alleged alcohol and drug-related offenses recently.

Woodbury Patrolman John House was dispatched to North Tatum St. on March 17 in reference to a couple who might be intoxicated leaving Joe’s Place with two children. Cannon County Dispatch described the individuals as a white male wearing a tank top t-shirt and a white female wearing a yellow top. Dispatch advised they were getting into their vehicle but had not left.

Patrolman House observed the couple getting into a vehicle while going to the location from West Water St. He pulled in behind the vehicle and its brakes and backup lights came on. He exited his patrol unit and walked up to the driver’s side door and the male was asked to exit due to the children being inside.

Patrolman House reported he could smell an odor of alcohol coming from the driver. The driver said he had drunk “half a beer.”

Patrolman House asked the driver for identification and was handed a State ID card. It was issued in the name of Ricky Lee Bain, 701 Enon Springs Rd., Lot 37, Smyrna. The female exited the vehicle and asked what was going on. The female appeared intoxicated. She provided a Kentucky-issued license identifying her as Lillian F. Jernigan, 701 Enon Springs Rd., Smyrna. She was asked to get back inside the vehicle.

Patrolman House had Bain perform a series of field sobriety tests. He was unable to perform them satisfactorily in the judgment of the officer. Bain was placed under arrest on charges of DUI 4th Offense and Driving On Revoked License 2nd Offense.

Jernigan was then advised that Bain was being arrested and that she needed to be checked to see if she was OK to drive. Patrolman House gave her a field sobriety test which she was unable to perform satisfactorily.

Bain’s bond was set at $4,500. Both he and Jernigan are scheduled to appear in Cannon County General Sessions Court on April 24. The vehicle was seized under a Forfeiture Warrant.