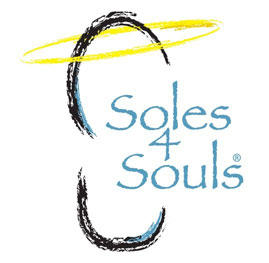 NASHVILLE — Soles4Souls Inc. has committed to collect and distribute shoes to people living in extreme poverty and recovering from natural disasters.  The shoe charity provides one pair of shoes to a person in need every 7 seconds. Since 2005, Soles4Souls has distributed more than 13 million pairs of shoes because of the generosity and commitment of people and organizations like you.

Soles4Souls believes partners like Cannon County will challenge others to become a force of change by helping the charity cater to the evolving needs of the global community. The shoe charity recognizes its success is the result of individuals and industry partners such as our community who clean out closets and warehouses so that individuals around the world can have a better life through American’s excess.

Soles4Souls will be collecting your new or gently worn footwear and/or donations to make a tangible difference through the gift of shoes. Every donation will support the charity’s initiative to distribute shoes to those in need.

“With tragedies such as the earthquakes in countries like Haiti and Japan, on top of the enormous needs elsewhere, we can use the estimated 1.5 billion shoes taking up space in the closets of ordinary people to change the world one pair at a time,” said Founder and CEO of Soles4Souls, Wayne Elsey.

Elsey added, “We need partners like Cannon County to get behind Soles4Souls. Donating shoes is one of the most simple, yet profound acts you can do, because it will greatly improve someone’s life in the most difficult of times.”