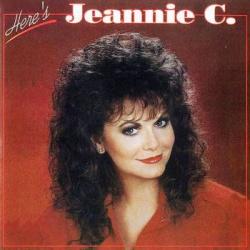 After years of being out of the celebrity spotlight, country singer Jeannie C. Riley is returning to center stage, this time to benefit wounded and ailing military veterans.

It was the song “Harper Valley PTA” that propelled the singer to meteoric singing fame in the 1960s.

The benefit is to raise funds for a Fisher House (like a Ronald McDonald house) to serve ailing and wounded veterans, and families, at no charge, as they’re being treated at VA hospitals in Nashville and Murfreesboro.

“We’re honored to have Jeannie C. Riley coming to Crossville’s Stone High School Auditorium to help honor the soldiers, plus her uncle, Johhny Moore, himself a country music legend who resides at Crossville,” credited Cumberland Mountain resident Peter Miller recognized nationally for his creative music and charitable productions. “Since Fisher House is rated one of the top five most effective charities in the U.S. with more than 96 cents of every donated dollar going on actual construction costs, we’re honored as part of the country music industry to donate our time and talents…”

“On behalf of the Tennessee Fisher House Foundation, we’re grateful not only to Jeannie C., but to the entire professional cast of country music professionals who are donating their time and celebrity talents on behalf of building this Fisher House on historic Alvin C. York Medical Center grounds at Murfreesboro,” credited Lt. Col. Hooper Penuel, Air Force/National Guard retiree.

Penuel is a board member of the Tennessee Fisher House Foundation centered in Nashville and is serving as co-coordinator of this benefit  with retired newspaperman/Fisher House board member Dan Whittle, publicist for “Country Music Salute to Soldiers.”

“When they hear of Jeannie C.’s stepping out for the Fisher House and the veterans and their families, we anticipate her legions of jubilant fans will ring the rafters and fill the 1,200 seats in the spacious modern Stone High School Auditorium, provided by donated funds of the Crossville-based Vietnam Veterans of America/Cumberland Plateau Chapter 1015,” Penuel projected. “We cannot thank the Vietnam Vets and the Crossville community enough, including the Family Ties Restaurant, for their support of Fisher House.”

“We don’t know what to expect when the fans hear Jeanie C. belt out the spirited words ‘the day my Mama socked it to the Harper Valley PTA,’” Whittle added. “It’s a chance to witness history being made by patriot Jeannie C. Riley and her historic song.”

Stone High School Auditorium is visible along Interstate 40 in Crossville, and can be accessed easily at Exit 320.

“We’re also honored to announce the show will be emceed by retired Col. Vaughn, a patriot who has a history of helping raise thousands of dollars for multiple charities in the Upper Cumberland region,” Penuel confirmed.

“After meeting at Ft. Campbell, Ky., recently with actor Gary Sinise, who has performed courageously all over the world to entertain America’s brave troops in time of war, and my close friendship to Gold Star Mother Joyce Mount, who lost her son Jud in Iraq, I’m honored to step out in public again on behalf of supporting our military personnel.”

The Mount family utilized services of a Fisher House before the son died of wounds in 2008 from an earlier bomb during his second tour in Iraq.

Jeannie C. Riley described how her own health issues also helped motivate her to help others.

“Many fans don’t know that I nearly died from the depths of deep depression,” Jeannie C. accounted. “God has miraculously spared my life for a reason…one of those being of assistance in this Fisher House cause that will benefit countless military families in their time of need.

“Plus, personally, I want to be part of a salute to honor my Uncle Johnny Moore, who gave up his own music career to help bring me to Nashville where I achieved world fame as the vocalist on the historic song (Harper Valley PTA) penned by legendary Nashville song writer Tom T. Hall,” Jeannie C. shared. “It will be a historic day when I step back on stage with Uncle Johnny, who can still sing a powerful song in his 80s…”

Veterans groups needing ticket information can call Larry Troxell, immediate past president of Vietnam Veterans, Cumberland Plateau Chapter 1015. Tickets at the door will be $15. His number is 931-248-0313.