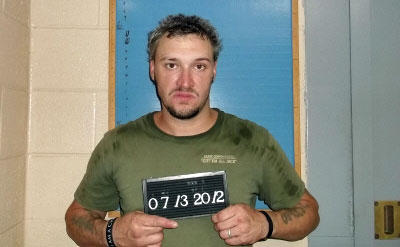 Officers with the Woodbury Police Department were dispatched to the address following a report of a physical domestic violence call.

Turner allegedly threw a rolled up piece of tent at one victim, striking her in the chest, and pushed another victim when she tried to intervene.

The incident apparently started when one of the victims observed Turner kissing a female neighbor.

While being booked at the Cannon County Jail the judicial commissioner set a bond for Turner at $6,000 after asking him several questions.

When the commissioner tried to read him the bond restrictions Turner became upset, started yelling, and told the commissioner he did not want to hear any of what he was telling him. He just wanted to call his lawyer and refused to sign the form.

Turner was placed back in a cell.