COMMENTARY: JER Did Not Kill MLK

MIKE VINSON, Special to the Courier 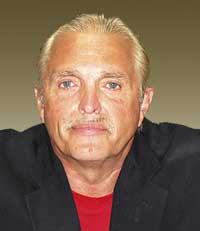 MIKE VINSON
Monday, April 4, 2011, marks the 43rd anniversary of the assassination of the Rev. Martin Luther King in Memphis, Tenn.

Along with the assassination of President John F. Kennedy in Dallas, Texas, Nov. 22, 1963, the MLK assassination continues to be shrouded in a cloak of mystery:

With these high-profile assassinations, there always emerge two schools of logic, and the JFK and MLK assassinations are no exceptions.

Since I already have written enough about the MLK assassination, I'm not going to founder you with redundancies.

However, to ensure that everyone has enough information to grasp this column's message (first-time readers, for example), I will provide this much info: I conducted the last live Q&A interview with James Earl Ray to be published.

After approximately 14 years of "nuts & bolts" research — walking the streets of Memphis, talking to judges, attorneys, street hustlers, and, most importantly, spending countless hours with James Earl's younger brother and confidant Jerry Ray — I am convinced James Earl Ray did not pull the trigger on the weapon that fired the bullet that killed MLK.

The primary intent of this column is to quick-shift the thought process from a lackadaisical gear of buying off on anything and everything a high-profile source says/writes to a higher gear of taking the time to "peel back the onion layers" until arriving at the actual "core" of the subject matter — to use a popular metaphor.

I say this from experience.

There was a time when I had a tendency to believe a majority of what I read or heard that came from a prime-time source: newspaper, magazine, television, radio.

Then I became involved researching and writing about the MLK assassination and James Earl Ray's alleged role.

The more I looked into it, and the more I cross-referenced what I'd read and heard with what I was finding, the more I thought, "Whoa, now, I don't care what he/she said or wrote, this does not add up in any shape, fashion, nor form."

Expectedly, I have been called a "conspiracy theorist" (and worse).

Granted, some attempt to apply "conspiracy" to just about every incident, minus any supporting evidence.

On the other hand, though, there are those who totally dismiss the existence of any sort of conspiracy, even when the evidence is overwhelmingly obvious.

I ask you: Is not one just as shortsighted and narrow minded as the other?

Concerning the research of these high-profile, highly-controversial issues, I forewarn anyone of this: It is not for those of thin skin and faint heart.

If you can't handle being repeatedly attacked and disappointed, then you're finished before you start.

However, if you are cut from stronger fabric, then (to borrow from outlaw biker terminology) you might qualify as a "one-percenter," an independent thinker willing to put in the time, take the heat, and get to the "core" of the matter, a cut above the other 99 percent.

(NOTE: A book titled "A Memoir of Injustice" recently was released. The authors are Jerry Ray and Tamara Carter, a well-known researcher and historian. The book is a highly informative, cutting-edge, easy-to-read take on the MLK assassination and James Earl Ray's alleged role. This book can be purchased at Barnes & Noble bookstores and Amazon.com. Also, check out Facebook – A Memoir of Injustice; and website memoirofinjustice.com. Also, related to the MLK-Ray issue, check out the "Chris Williams Show," at www.knoxivi.com. It can be viewed live (via Internet) at 2 p.m., EDT April 7.)

Print
Members Opinions:
TnTnTn
[Delete]
Well I have questions. Did JER buy the firearm that was used? Was the firearm found at the scene of the shooting? Was JER in Memphis at the time? Were his(JER) fingerprints on the firearm? Did JER make a trip to Atlanta previously stalking MLK? Did JER let someone else have the rifle and why? Just wondering? I think he 'could' have been set up or used but he must have been awfully dumb to be manipulated so much. TTT
Redeemed
[Delete]
You forgot to mention:

The CIA blew up the World Trade Center.
Obama was born in Kenya
Aliens are responsible for life on Earth.
and
Elvis is alive!


Someone did blow up the WTC. It wasn't Muslims.

Any thoughts on that Mike? If you are really a "one-percenter" I'm sure you have gone down the 9/11 rabbit hole and have a lot to say about it.
Redeemed
[Delete]
Deborah, only people who are certifiably deranged believe the WTC wasn't destroyed by Islamic fundamentalists. Either that or they are Muslims that are so brain-washed they contend the Holocaust never really happened.

I hope you're trying to be a satirist. It would be sad to think you are being serious.

If the criminal elements of government and their complicit main stream media lied about the MLK and JFK assassinations, is there anything they wouldn't lie about to further certain agendas?