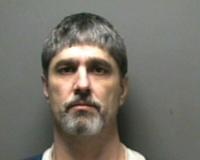 Work crews found Bailey’s body May 5, 1994 in a creek bed off state Route 99 (New Salem Highway). An autopsy showed her cause of death as a drowning.

Detective Sgt. Dan Goodwin said Bailey was the mother of two daughters who were ages 6 and 7 when she died. Her mother cared for her daughters when Bailey relocated to Nashville to get involved in the music industry.

After the plea, Sharp and Goodwin drove to Bailey’s mother’s home in Georgia Thursday where they discussed the case with her and Bailey’s daughters, who are now mothers themselves.

“They were pleased there’s been some justice for their daughter,” Goodwin said.

During the initial investigation, Newcomb was a person of interest because he and Bailey were acquainted. The Cold Case detectives reopened the case in 2009 when Metro Nashville Detective Danny Satterfield received information about the case.

Sharp and Goodwin interviewed Newcomb at the Putnam County Jail.

“He denied any knowledge of the victim and any involvement in the case,” Sharp said.

The detectives talked to other witnesses, which led to his arrest on a first-degree murder charge in April 2010.

“He (Newcomb) made admissions to eight other people that we found,” Goodwin said.

The detectives talked to two other people who had information about the murder during the plea negotiations.

“We’d like to thank the witnesses who came forward,” Sharp said. “It took a lot of courage for them to come forward and agree to testify in court. They helped bring justice for the family and victim.”

“If a killer tells you he killed somebody, let law enforcement know,” Goodwin said.

The detectives thanked MTSU criminal justice interns Brittany Nicholson and Stephanie McPeake for their work on preparing the case for trial.