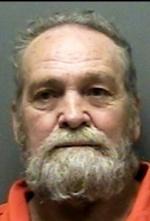 MOSES BESS
One daughter wept when she learned last week her stepfather was charged with killing her mother 25 years ago.

But Cold Case Detective Lt. Sharp and Sgt. Dan Goodwin received new information about the circumstances of her death May 5, 2011. After a lengthy investigation, Goodwin presented their findings to the Rutherford County grand jury who indicted Jewell Moses Bess for first-degree murder of his second wife. Bess is expected to be in Circuit Court April 13.

Sgt. Goodwin is a graduate of Woodbury Central High and Lt. Sharp is a Cannon County resident.

“The children are very happy to hear about the indictment,” Goodwin said. “One daughter I just spoke to was weeping.”

Moses Bess, 63, is serving a 15-year prison term after he pleaded guilty in 1998 to four counts of child rape. He will complete the sentence next September.

This is the seventh cold case solved by the unit since it was created in 2000.

Sheriff Robert Arnold said he was pleased by the indictment against Bess.

Sharp and Goodwin spend long hours investigating the cases and obtaining enough evidence prosecute the case for “justice for the family of the victim,” the sheriff said.

“When talking to victims’ families, they’re always very appreciative of the hard work of Lt. Sharp and Sgt. Goodwin to not let these cases go unsolved or unpunished,” Arnold said.

As part of an investigation, Goodwin said the Cold Case detectives try to determine what the victims did in their last hours of their lives.

“We found witnesses who had new information,” Goodwin said.

Sharp said after receiving information about Deborah Bess’ death, he and Goodwin questioned family members, neighbors, friends and associates of the wife and husband.

“During the investigation, we were able to establish the last known actions of Deborah Sherfield Bess,” Sharp said. “We’ve interviewed Mr. Bess on different occasions in the penitentiary at the Department of Correction’s Turney Center in Only, Tennessee.”

Bess was served the indictment. He was transferred from the Turney Center to the Rutherford County Adult Detention Center.

The Cold Case unit solved six unsolved murders and one kidnapping since it was founded. Four defendants charged with murder were convicted while trials are pending against two defendants.

Also, detectives assigned to the Criminal Investigations Division, who work all types of cases, solved an unsolved murder from 1982. Two people are serving life sentences while a third person is serving a 20-year prison sentence.

Husband Charles B. Ewing was charged with his wife’s murder July 8, 2009. He pleaded guilty to first-degree murder in August 2009. He is serving a 40-year prison sentence.

4. Siblings Christi and Bobby Baskin were taken from Rutherford County by their maternal grandparents, Marvin and Sandra Maple March 1, 1989.

Marvin Maple was arrested Feb. 2, 2009 in San Jose, Calif. His wife died in 2005. He pleaded guilty to two counts of custodial interference and placed on probation.

Roommate Christel Ann Perkins of Wellington Place was charged with first-degree murder in November 2010. She is awaiting trial.

6. Rhonda Sue Bailey’s body was found May 5, 1994 in a creek bed off state Route 99 (New Salem Highway). Bailey, 29, of Paulding County, Ga., drowned. David Wayne Newcomb, 45, of Cookeville entered a no contest plea to second-degree murder of Bailey. He was sentenced to 15 years in prison.

Her husband, Jewell Moses Bess, 63, was indicted in March 2012 for first-degree murder of his second wife.

8. Lynn Orrand’s body was found Jan. 16, 1982 off Richland-Richardson Road. He was shot while hunting at his in-law’s property.

His brother-in-law, Kevin Patterson, pleaded guilty to second-degree murder of Orrand and is serving a 25-year prison sentence. Orrand’s widow, Candance Bush, and her second husband, Gary Bush, were convicted of first-degree murder. The Bushes are serving life sentences.