Cobb’s Bright Idea Could Light The Way For Homes Worldwide 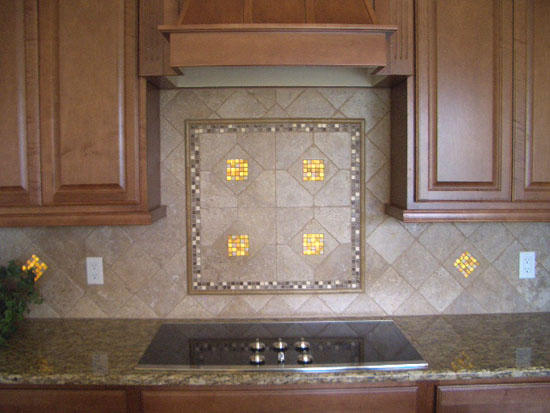 Early one morning Hugh Cobb had a bright idea. A really BRIGHT idea.

Cobb, who along with his wife Joyce operates Cobb Home Innovations, a Woodbury-based Electronics, Home Theatre and Speciality Lighting business, is somewhat of an insomnia.

A few years ago, late at night and unable to sleep, Hugh Cobb was thinking about a home design project he was helping Joyce with. She was having faux finish tiles installed in the shower of a home.

Always looking for new ideas and a unique touch, a light went off in Hugh’s head. Because it did, light may soon shine in places it never had before.

In one sense Hugh’s idea is a simple one. In another, it’s revolutionary. There’s a U.S. Patent pending on it, which makes it one-of-a-kind.

The idea: make it so that light can shine through tiles in bathroom and kitchen walls, and in other places inside and out of homes, providing illumination to areas of house where it is usually not available.

The problem: water. Because of the danger of electrocution and fires, electrical lines, outlets and appliances can’t be installed in certain areas of homes.

“The idea actually came from when we (Hugh and wife Joyce Cobb) remodeled our home right here in Woodbury,” Hugh Cobb said. “We bought a little house, we were just married, she (Joyce) moved from Murfreesboro down here and we downsized and we were doing our bathroom there.

“Well I guess that’s probably where the first idea came from,” Hugh said. “We did keystones (tiles) in our shower. I’m like man that sure would be cool lighting things up. Alright well how do I do it where it can be maintenance free where I don’t have to change a bulb, tear out a tile, tear into the wall to be able to do it so I had the idea in my head and then started on working to make it a reality.”

It was while working with his wife that Cobb came up with the idea of the lighted accent tiles. Cobb Home Innovations services include specialty lighting, home theater and electronics installation, faux finishing and interior design.

“We did the (Middle Tennessee homebuilder) Randall Davis house and I did the media room and house audio, all the gadgetries, the specialty lighting, we did the fiber optic skies with shooting stars in the ceilings and stuff like that,” Cobb said.

“Well that really launched us. We had been working on this design, she loved tiles. Part of her job with the builders was to go in with the clients and help the clients pick out the tiles and stuff like that. Well you know I got to looking at this thing and I said you know it always aggravated me working at the high voltage side of it. We couldn’t do any kind of specialty lighting in wet areas like in tubs or showers or anything like that.”

“So we started designing some of these tiles and I’ve got a shop here in Woodbury and we started playing and I guess we, I was out there for probably on and off for a year coming up with this technology.

“The second thing is we wanted it to look like a tile. We don’t want it to look like a light so then we came up with some of these concepts and then what we’re doing, we’re sending a transmitted signal through one source somewhere in the home like a spider web filtering it out through an optic and sending what information that I want to my tile and then that tile is not only programmable via radio frequency or wall switch so I can actually use a remote control or program it to your home remote. I can stop it on colors. I can make it fade in and out of colors. I can pretty much do whatever you want through an electronic device and when that tile is off it even looks like a keystone.

Cobb said it was also important that the fiber optic lighting not be noticeable when the tiles were not lit.

“When it is off it doesn’t interfere with the design of the tile. You don’t see it. No one would know. We had fun at the (recent parade of homes in Florida) because until you hit that light switch, no one knew it was there.”

To light the tiles, a signal is sent via a control box that is placed somewhere in the house and is easy to access, Cobb said.

“We’ve been doing this with 100 or 250 watt metal halide device bulb that is in an enclosure that is completely sealed. Well as you know when you have heat, bulbs have heat, so I had to design a circuit to put a fan, cooling, I also had to design something where if it got too hot, it would automatically shut off until it cooled down and when it cooled down and then it would come back on. So we’ve designed that part of it and that sends out a signal through these optics just like you know to each of these tiles so if anything ever were to fail, there’s one light bulb in an area under a cabinet.”

While it might look that the accent tiles have little lights built into them, that’s an illusion, Cobb said.

“We’re sending a signal via an optic cable which there is no electricity, there’s no maintenance. That box will never have to come out, there’s nothing to fail here. It would fail somewhere else and we’re actually designing, working on a new concept right now that is a LED instead of a mel halight. So it’s cool. It doesn’t get hot. You don’t have to have fans to cool the bulbs down and it fits in the palm of your hand and then it feeds that circuit so we’re real close to having that. We’re, I think it’s shipping within probably a month that part so.”

“We’ll be finalizing this, the utility patent, as of January,” Hugh said. “We’ve been okayed to start putting it out and talking about it a little bit more now. We’ve kind of been subtle, didn’t really want to make a big splash about it but now we can go ahead and start moving forward with it. What I would love to do, to have happen you know good Lord willing, is to be able to get this shop going out here (in Woodbury) to where we can hire local people to come in and setup shop to build these things and manufacture them.”

To view examples of the Cobb’s work and services, visit their Web site at www.CobbHomeInnovations.com.