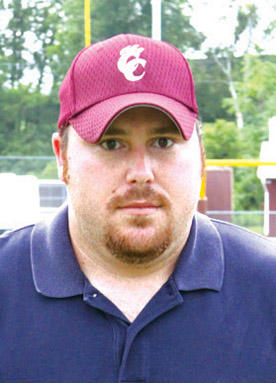 TJ Daniel dreamed of the day he would have an opportunity to lead his alma mater's football team.

Daniel, a 2004 CCHS graduate, inherits a program that has lost 20 straight and 29 of 30 over the past three seasons.

"I am ready for the challenge," Daniel said. "This is my dream job. I believe in the kids at Cannon County, and I believe in our community. I believe we can build a competitive program. If you coach you always dream of the chance to coach where you played and in your hometown. I'm excited about the opportunity, and I'm ready to get started."

Daniel will be the program's third head coach in three seasons and fourth in six when the Lions open the 2013 campaign. Daniel replaces Brent Bush, who resigned following the 2012 season.

Daniel served as offensive coordinator on Bush's staff and has been a Lions' assistant football coach the previous three seasons. His knowledge of the program and players weighed heavily in the decision, according to CCHS Principal Tim Knox.

"(Daniel) already has a familiarity with the players and our program, as well as its needs," Knox said. "He had greater responsibilities on Coach Bush's staff and did a good job of handling those. Our players have been through a lot of change the last couple of seasons. We need continuity moving forward. T.J. offers continuity and he wants to be here leading this football. He has a great deal of pride for Cannon County."

Daniel was one of three finalists for the football head coaching vacancy in March. Dodgen said Daniel already had been through an interview process, served as an assistant under two previous head coaches and already held a faculty position. All of those considerations, amongst others, led to Daniel being named head coach without opening the position for a search.

"(Daniel) has been here through some tough times and he's never wanted to leave or give up," Dodgen said. "He has had the opportunity to coach and play under some different coaches so he has had a chance to gain knowledge and apply that. T.J. handled himself well in some trying times last season. He knows our players and this decision allows us to move ahead in winter workouts and spring football."

Daniel said the offseason program will be critical.

"We will get to work with our lifting program when we come back from the break in January," Daniel said. "We need to get stronger this offseason. The spring workouts also will be important. We return several players but we lose some key players so we need to start identifying what we can do with the personnel we have."

Daniel said he will work on completing his coaching staff in the coming weeks in order to have everyone on the same page when the offseason starts.

"I hope the players are as excited as I am to get to work," Daniel said. "I am proud to have the opportunity to work for them and to be their head coach."

Daniel played football at Cannon County from 2000-03. He played college football at UT-Martin and was a member of the Skyhawks' 2006 Ohio Valley Conference championship team. UT-Martin was 9-3 and made the school's only FCS Playoff Appearance in 2006. The OVC title is also the program's only championship.