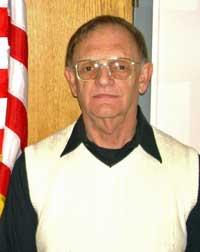 SHERIFF NICHOLS
Home invasions like the one in Eagleville recently aren't a common occurrence in Cannon County, but the hideous crime does illustrate that even people in rural communities are vulnerable.

There are scores of elderly couples and singles living alone throughout Cannon County, and each is a potential victim or mark of desperate, cruel criminals seeking money or drugs.

And while no one can ever be 100 percent safe, there are things people can do to minimize the chances of being a crime victim and possible sustaining a brutal beating like the one inflicted upon the southern Rutherford County residents, according to local law enforcement officials.

"I would recommend that residents make their home secure by padlocking doors and being sure that windows are locked," Woodbury Police Chief Tony Burnett said. "This does not however insure that someone will not get into your home. If there is a home invasion however, you do want to know they are attempting to intrude your home. The next thing to remember is not to panic. Keep in mind to call 911 and always remember to stay on the line with the 911 operator."

"Residents should be sure to lock their doors and windows and notify the Sheriff’s Department or 911 if any suspicious vehicles or people are seen in their community," Cannon County Sheriff Billy Nichols said.

Cannon County has only had one home invasion in the last six months and that was classified as a home burglary, Nichols said. "We are fortunate not to have this type of crime in our area but one could happen today or tonight as seen in the Eagleville community."

During the last half year there have been eight aggravated home burglaries investigated by the sheriff's department and 17 burglaries. There have also been 23 thefts, nine thefts of merchandise over $500, 19 over $1000 and one over $10,000.

"For the elderly I strongly suggest that they stay in contact with friends and family frequently. On several occasions this has been the key to family knowing that there is a problem," Burnett said.

They should also make sure they know any person who comes to their home and or find out the reason a stranger is there before letting them inside.

"Do not let strangers into your home or give them any personal information," Burnett said. "Many times elderly people are victimized because someone came to them as sales people or someone who is there under the guise of assistance. Anyone who is going door to door in the Town of Woodbury is required to check into city hall first and get the proper permits. Be familiar with your surroundings and your neighbors. Many times those around you can be your best protection."

If you own a weapon, make sure you know how — and when — to use it, Burnett said.

"Make sure if you use a weapon for security that you not only know the weapon well but also know for sure that the intruder is attempting to commit a crime and not someone coming to give you assistance. This can be prevented oftentimes by having people identify themselves upon approaching the residence.

"I would recommend that people keep firearms who know their weapon and who are properly trained to use them," Burnett said. "When using firearms for protection in the home be sure that you check and fire them on a regular basis to insure that they are in good working order.. I do not recommend tasers. Chances are that if you are going to efficiently use a taser it is late in the stages of the crime being committed whereas a firearm can be effective at any moment once an intruder enters the home."

The Woodbury Police Dept. has had very few home invasions, Burnett said. This past year there were two and arrest were made in both cases. There has been an average of one home burglary per month during 2009. These events often are a result of someone who is actually living in the home or often times family members.

• Always keep valuables and medicines in a safe and private place and only let those who assist you in caregiving and family members know where they are kept. Often times medicines are the target of home burglaries.

• Home alarm systems are good but the elderly in some instances cannot
afford the monthly fees if they live on fixed incomes.

• Neighborhood watch groups help citizens also be on guard for criminal
activity in the area.