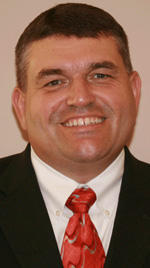 BURNETT
A group of students are learning at First Baptist Church Woodbury to put God first and wait for marriage before having sexual relationships.

In January FBC Pastor to Students Tony Burnett began teaching the True Love Waits course, a Lifeway Ministry program. Each Sunday night, approximately 18 youth ranging from 7th to 12th-grade gather in the basement of the First Baptist Church sanctuary to hear Burnett preach and discuss the importance of being chaste.

“I believe abstinence is a great choice for a number of reasons,” said Burnett. “First, and most important, it’s what God commands, and second it preserves our God-given gift of sex for the right time and the right person.”

The True Love Waits curriculum seeks to answer some of teenagers’ common questions, such as “How can I fight temptation,” “Is sex a bad thing,” “Is it wrong to express affection or flirt,” “What are the personal benefits of delaying sex for marriage,” and “How do I explain to my boyfriend or girlfriend that I want to wait until I’m married to have sex.”

Later this month, Burnett and several adult chaperones will travel with the course participants to Fall Creek Falls State Resort Park for a True Love Waits retreat. Boys and girls will be separated at the retreat, as discussions delve more deeply into gender differences, guidelines and pitfalls to abstinence and true Christian love.

The program will culminate in late-March with a ceremony during which the youth can choose publicly to make a commitment to God, their family, friends, and future mate to a lifetime of purity, including sexual abstinence until biblical marriage.

According to Burnett, the course information is valuable, and particularly important for today’s teens and young adults.

“They are flooded with media images everyday and everywhere they look that contain messages opposite to what God says in His Word,” he said.

The college course is tailored for young adults who want to renew a vow of sexual purity, or who are interested in making a first-time pledge of abstinence.