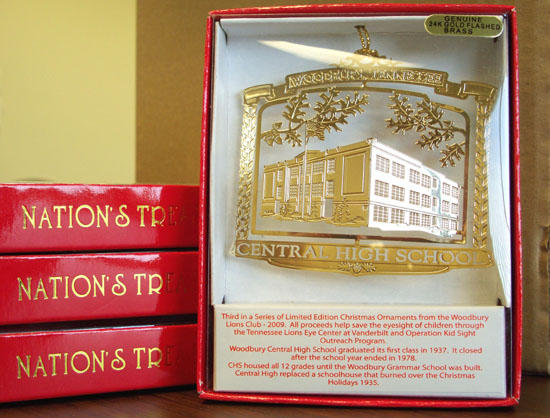 Woodbury Central High School has been announced as the third ornament in a collection offered by the Woodbury Lions Club.

Woodbury Central High School graduated its first class in 1937. It closed after the school year ended in 1978. Central housed all 12 grades until the Woodbury Grammar School was built. The school replaced a schoolhouse that burned over the Christmas holidays in 1935.

The local civic club began offering the limited edition ornaments with the Cannon County Courthouse in 2007 and followed with the Readyville Mill last year.

All proceeds help save the eyesight of children through the Tennessee Lions Eye Center at Vanderbilt and Operation Kid Sight Outreach Program.